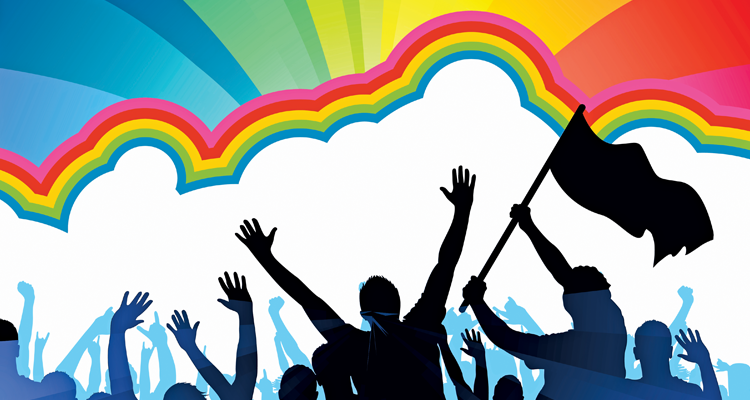 Taking Stock of Your Pride

Of course, there is an element of empowerment, or rather a positive assertion that “I exist,” with our annual Gay Pride commemoration. Celebrating our collective LGBTQ history with a weekend of partying and marching is all well and good, but I’m reminded of an observation made recently during an online chat. “Someone” (ahem) commented that they must be proud of the size of their … um … “eggplant,” to which “someone” responded that they have their parents to thank for that. The implication being that they were just born this way, blessed with good genetics, and that it was not necessarily anything to be proud of since they had no hand in making it (okay, maybe in fact there was a hand involved, but I digress).

The larger point is that pride (and Pride) should be assigned when one has created something. It isn’t enough to just glide through one’s existence and be proud of a life of mediocrity with no purpose or direction. Nobody likes a scold, and I’m not going to go down that route because #glasshouses and all. However, let’s take a moment and reflect on things to take pride in.

Bettering yourself, whether by becoming sober or seeing a therapist to figure things out, is something to be proud of. The adage that happiness comes from within also implies that pride should emanate from our own self-worth.

Taking time to develop personally is important. Too often our lives consist of a rush to and from work, long days working for someone else (i.e. our corporate overlords), and what little time we have left after paying the bills, grabbing something to eat, and collapsing in front of our favorite series on Netflix (have you seen “Dahmer” yet, by the way?) is quickly dissipated in the effervescence of the immediate. I’m guilty of this, too. But I’m getting better at carving out a half hour each morning to jot down some personal goals I want to accomplish today and this week, and then rewarding myself with a “treat” once I accomplish them. Celebrate, and yes, take pride in doing something, in crossing things off your list.

Here are some ideas: doing yoga (or Pilates or going to the gym) today (or this week); buying the ingredients for a healthy, homemade meal and making it to share with a friend; reading a book either from the public library or bought at a local independent bookstore; going a day (or longer) without engaging in any social media and using that time to do something in real life.

During Pride, perhaps nothing is more important than making sure that you are not only registered to vote (no small feat in Georgia) but actually figuring out when you are going to vote.

Billy Eichner recently said that going to see his new movie “Bros” is a political act. That is setting the bar awfully low, but I get his point. Going out and supporting LGBTQ culture, spending your money within the community, is wonderful. Given that the money reaped from viewers of his film is going to a Hollywood studio, I’m not sure it is really trickling down to fund other gay projects, but by showing that an overtly gay film can do well in the box office is progress, of sorts. It qualifies as one step above mashing “like” or “heart” on a post.

There is still plenty of activism needed to push equality and freedom further in both Georgia and the United States. Trans rights and dignity are a daily struggle, abortion rights are under siege, and neighboring Florida is trying to push us all back into the closet with its “Don’t Say Gay” agenda.

Maybe going to see “Bros” or having a raucous weekend with friends in Piedmont Park during Pride can be counted as political, but the world needs more from us. I’m skeptical that we’re going to be pushing the needle toward a brighter future by only thinking small and focusing on one weekend a year. Self-pride and community Pride should be a verb, not a noun, requiring action on a constant basis.