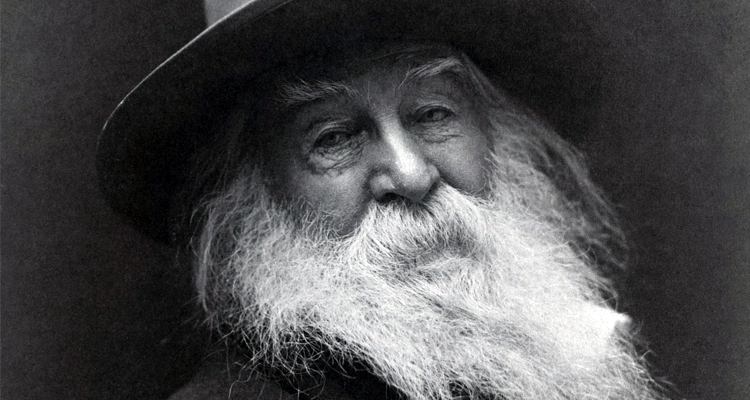 That New Bridge … You Wanna Name It for a Queer?

This will be bridge number two, with cranes moving into place by 1953. Its already in-service sibling is only a few miles away, bearing the lackluster title “Delaware River Bridge.” But we’re coming up on the semiquincentennial (250th) anniversary of the birth of Philly’s always-favored son Benjamin Franklin and the Declaration of Independence, as well as the centennial of the publication of Walt Whitman’s “Leaves of Grass.”

In 1954, DRPA creates a “Special Committee on Bridge Names” and invites public comment. The Philadelphia Inquirer plays this up with multiple “Bridge Without a Name” items, and many people have strong opinions here.

American Gold Star Mothers, the national group for the mothers of the fallen, want a “Penn-Jersey Memorial Bridge” in honor of the casualties of World War II and Korea. Someone suggests President Dwight David Eisenhower for the first bridge and First Lady Mamie for the second.

However, the committee maintains that names must be of dead historic figures. Eventually, Benjamin’s name captures bridge #1, and July 1955 transforms bridge #2 into the Walt Whitman Bridge. Official pamphlets are issued.

Not! So! Fast! The Gloucester City Council protests, whining that DRPA didn’t consult them, and “Whitman had nothing to do with Gloucester,” according to the Philly History Blog, although he died in nearby Camden.

While across the country a great many Whitman/Leaves-of-Grass-Centenary love fests herald our influential, democracy-revering and “manly” national poet, numerous influential South New Jersey prelates lob a signed petition censuring Walt’s selection. That is just the opening salvo for more than a year of a campaign against one of democracy’s greatest champions.

As 1955 is ending, hateful heavy innuendo drops in a series of articles in The Catholic Star Herald, from the Camden diocese. Increasingly angry denunciations spring up, with the Roman collar influential.

However, Catholics are not all united concerning Walt’s steel suspension. For instance, an editorial in the Ave Marie, a Catholic weekly, rebuked the New Jerseyans for abandoning more important matters than the bridge’s name.

But recall that during the 1950s, the temperature of the Cold War has been moving ever lower. We’re swept up in convulsionary paroxysms resulting from revelations of “commie queers” within our midst, hell-bent on destroying our God-given way of life.

The queerbaiting of Walt boils up in early 1956, when DRPA receives over 500 letters with a five-point outline “debunking” Walt

(1) He is not great enough to deserve this honor. In what way has he inspired or influenced American democracy for good?

(2) He boasted of his immoralities …

(3) He … affirmed himself as the new savior of mankind.

(4) He attempted to teach rebellion against

the natural law of God, and the right order (of things).

(5) His political philosophy, dusted off the scrap heap during the depression, as the Voice of the Common Man, has proved alien to Jeffersonian Democracy, and he is now the Poet Laureate of the World Communist Revolution.

Because the naming of the Bridge in his honor would raise him to the status of a national hero, give aid and comfort to the enemies of our established order of morality and democracy, make the teaching of religious concepts difficult, and bring the common stamp of morality on our heritage into contempt, we ask you to drop Whitman’s name from the Bridge.”

Fortunately, the New Jerseyan input that opposed Walt was met with sanity mostly from the Pennsylvania side, including from civic leaders and English professors. The Walt Whitman still stands. And a large, striding statue of Walt stands near the Jersey on-ramp.