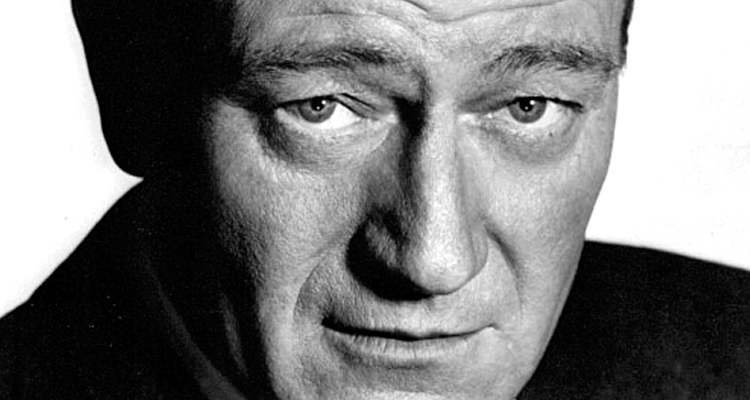 A Disdain for John Wayne

There is one name that can send my eyes into an automatic roll. The response comes from years of being force-fed this individual and every outdated thing he represents. The way members of my family worshipped him as their idea of what a man should be made me cringe every time one of his movies played, which was often in my home. The person I’m talking about is John Wayne.

There was judgment there. Some of you said amen in agreement and look forward to reading on. Others felt insulted that I dare speak negatively of the source of many fond childhood memories and are debating whether you’ll read my column again. Still others could care less and are curious what the big deal is. Regardless of where you stand, it is my hope we can agree on why John Wayne’s legacy should be in question.

I have no issue with Marion Morrison the person, except for maybe the contradictions between Marion and The Duke. For instance, Marion fathered seven children during his three marriages, all to Latina women during a time when interracial and intercultural relationships were frowned upon. He also avoided military service despite his pro-military persona and made homophobic remarks publicly, yet worked with and remained friends with Rock Hudson until his death. However, he was an actor of a different time who was given roles based on an image that was exaggerated over the course of his career, which made him and others very rich.

What bothers me is the current belief in the idea that John Wayne is the ultimate American man. That silly swagger, along with a trigger-ready willingness to fight someone who looked at him the wrong way, whether it was a man or woman. Such a conservative point of view: that anything different is wrong and dangerous, that women should know their place and you’re only tough if you show no emotion and kill another rather than share experiences and find a way to talk it out. I saw through that even as a child, and it’s one of the reasons I still can’t enjoy a Western to this day.

That form of conservatism is fighting to hold on, despite being an outdated ideology to men from both sides of the political aisle. The latest bellyaching by that group is over the vaccine/mask debate. The irony is that the very ones who refuse to get vaccinated or wear a mask are, dare I say it, afraid. They are like little kids who are whining and stomping on the ground about their rights, when the reality is that they are scared and unwilling to toughen up to do what is necessary for their country. Mr. Wayne would be disappointed that they cower from a simple shot.

Being the mother of a white, likely-straight boy, I hope he will be comfortable with hugging, communicating how he feels, and spending quality time with those very different from him. I hope he also understands you can be a patriot and be willing to recognize and work on things that our country doesn’t do well. I also hope he sees women as peers and partners, not things to be conquered and controlled. In other words, I hope he’ll understand that John Wayne is dead.