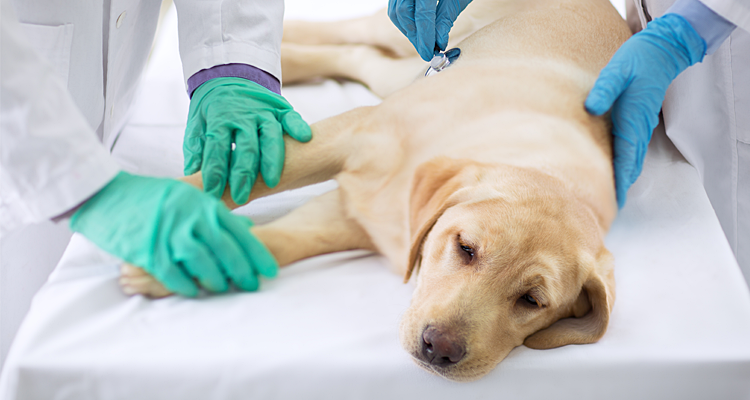 “Have we ever had to make this decision with any of our pets before?”

Katie was sitting on the couch, petting GiGi, as we discussed our dog’s declining health. Even though Katie and I are no longer together as a couple, she has remained invested in GiGi’s well-being. After GiGi lost her ability to walk well, Katie shared in the efforts to build up the canine’s stamina and had come over to create a plan of action before the ultimate decision she was asking about had to be made.

In our nine years together romantically, Katie and I shared several animals. However, upon reflection I realized all but GiGi had a medical emergency that freed us of having to make the call to put them down. Now was not an emergency, just old age, and neither of us was ready to give up the fight.

We decided I would work with her for a few days in my townhome, giving extra walks on the leash, and then she would go to Katie’s home and backyard. After a week, we would reassess what needed to be done. During that conversation I turned to GiGi and assured her we wanted to do what was best for her, and that if she needed to go it was okay and to let us know.

The whining began a couple of days after that conversation, and after one sleepless night at Katie’s we made the call that it was time. Having never verbally expressed her discomfort prior to our meeting, GiGi was now letting us know that she couldn’t take it anymore.

If you’ve never had to play God with an animal and determine their end of life, it is a very peaceful process. I arrived at the vet to meet Katie and another friend who adored our dog, with GiGi laid on a large doggie bed. While the others sat on a nearby couch, I sat in the floor with my old girl, holding her paw and stroking her head. She continued to be uncomfortable in any position, but I tried to calm her and let her know she’d feel better soon.

“Go on, now,” were my final words to her as the doctor began the injections. “Follow Sully.” Sully was another dog Katie and I shared that served as GiGi’s companion and mentor.

GiGi was an epileptic dog who had been turned back in after adoption due to her condition, so her trust in people had disappeared. When we adopted her, she remained hidden for days, until Sully finally got her out. Sully got her to eat, to play and to find joy again. I expect the same held true for GiGi’s introduction to heaven.

There are two shots given. One is an anesthesia and the other stops their heart. The first is administered, then the vet waits until the dog is in a very deep sleep before injecting the other. After that, the more ill your animal, the faster the result. In GiGi’s case she was gone very quickly.

As I write this, I must leave to go pick up GiGi’s ashes. I’m slowly getting used to not having my tough girl around, but the finality of this errand will prove difficult. However, I know GiGi is feeling much better now, and I sure hope she’s there to greet me when it’s my time so I can see her again.