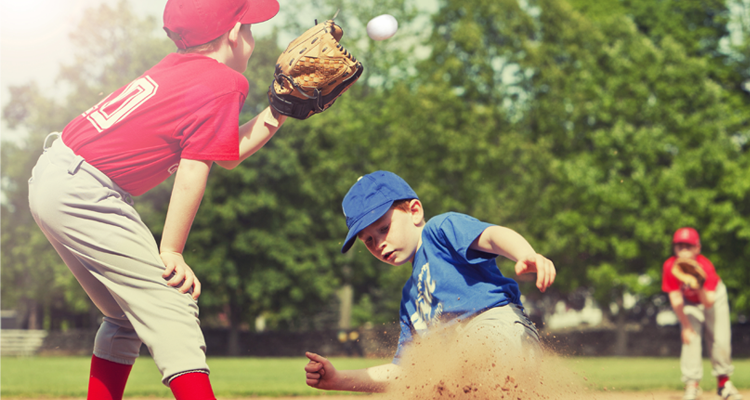 We’ve had a special time in our family the last couple of months. Katie Jo served as our son’s head coach in Fall Little League. After their final game last week, she wrote this post that I’d love to share with any baseball fans:

After we signed Mr. Carter up for his fourth season of Little League, I got the email that our community was low on head coaches this season. I ignored that email and the one that followed. I didn’t ignore these emails because of lack of baseball knowledge. I played softball from the time I was 7 until I was 19. I played on travel teams and church teams and rec leagues after college. I love baseball. I cry at baseball movies. I still have all my Topps baseball card sets that I asked Santa Claus to bring me for Christmas when I was little. I have scars on my knees and elbows from playing.

I told myself that the reason I ignored those was for typical reasons: “I have plenty on my plate; committing to be at every practice and game would be hard; etc.” But deep down, there was another reason I was hesitant to volunteer to coach what I knew would likely be an all-boys baseball team. I had not seen another mom who was a head coach of a boys’ little league team in our town. I was irritated with myself for letting that fact have any influence on me. But it had. I didn’t respond to the email.

Finally, I decided enough was enough. I loved baseball, I had always wanted to try coaching, and I could find the time. The fact that I am a woman was not a good enough reason to ignore that third email. When I arrived at my first practice, I experienced what can only be described as a baseball miracle.

Halfway through the first practice, every one of these kids was calling me “Coach,” and I have loved every minute of it. This has been one of the most rewarding experiences of my life. I didn’t know any of these kids (other than my own) on the first day of practice. Because of them, I fell in love with baseball all over again. They gave me a new appreciation for all the coaches of my life.

But more than anything, these kids gave me the opportunity to do something that scared me, and I am so thankful for them. We don’t do things that scare us often enough as adults, and we miss out on so much when we skip the scary stuff. Kids do scary stuff every day. These kids did it at every practice and every game. For some, it was staying in the batter’s box with the baseball coming at 37 miles per hour. For some, it was standing under a fly ball. For some, it was playing infield. We lost all but one of our first five games and then something clicked. They won their last three games handily. They all promised they were coming back to play next season. And no matter where their lives take them or what kind of team they are on as they grow into amazing men, it will not be a big deal to them at all if the person they call Coach is also a mom.