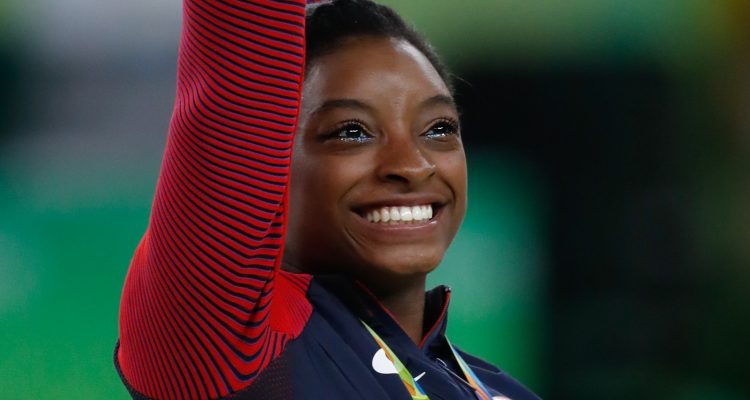 Image courtesy of Agência Brasil Fotografias via Wikicommons under CC BY 2.0

I once volunteered for Children’s Healthcare of Atlanta. They have a broadcast media center in the lobby of Egleston, a gift from Atlanta native celebrity Ryan Seacrest, and my job was to train to be on air and serve the young patients who can hear the station in their rooms. During my tenure there, members of the Atlanta Falcons visited the studio and were interviewed by the then on-air host. I recall an answer from a team member about the best advice he’d received:

He addressed the tendency of older and professional players to fall into the trap of white-knuckling outdated beliefs. I’m afraid I had to learn that lesson during the current Olympic Games when Simone Biles withdrew from Team USA’s gymnastics finals.

I admit I was pissed, my initial reaction a mixture of concerns. First, I wasn’t comfortable with the idea of abandoning your team no matter how lackluster your performance in the moment. That’s when you dig deep and find the character to figure it out. Secondly, I winced at the realization only women, including Biles and Naomi Osaka, were taking the opportunity to withdraw from competition for mental health reasons. Here we are as women, finally obtaining respect for high-level competition, giving fodder to critics who believe women are too weak to handle tough situations.

Being the daughter of two mentally and physically tough parents, one of whom served this country in Korea and was a star athlete in his own right, my instinct was to cry bullshit. I fumed to friends over the situation, expressing how we need to figure out a way to help our kids understand the difference between mental illness and fighting their way through self-doubt. I discussed with Katie Jo what philosophy we should teach our son if this is the new culture of athletics. Fortunately for me, I was surrounded by calmer minds who suggested I wait and see what really was going on.

That’s when I thought of that Falcons player and his advice. Was I correct in my anger, or had I become old enough to be set in my ways and unwilling to see things differently? I watched the coverage later that night and saw Biles make the decision and then stand by her teammates, helping carry items and giving advice. She could have easily exited the arena and avoided mocking stares from competitors, but instead she stayed and took responsibility for her decision. I saw Michael Phelps give heartfelt support and understanding for her, and as a member of the media I began to wonder if we are heavily responsible for the pressure placed upon elite athletes. It’s true the acronym “GOAT” is thrown around now more than ever.

So, I calmed and allowed the benefit of the doubt to cool my engines. It doesn’t erase my aforementioned concerns, yet I do agree that mental health should be as important and easily addressed as a traditional physical issue.

I agree that her overall accomplishments should not be erased by the most recent performance she gives. And I believe the only way we can stay a community and remove factions is to allow at least part of your mind to remain open to allow new ideas to take hold and bloom.