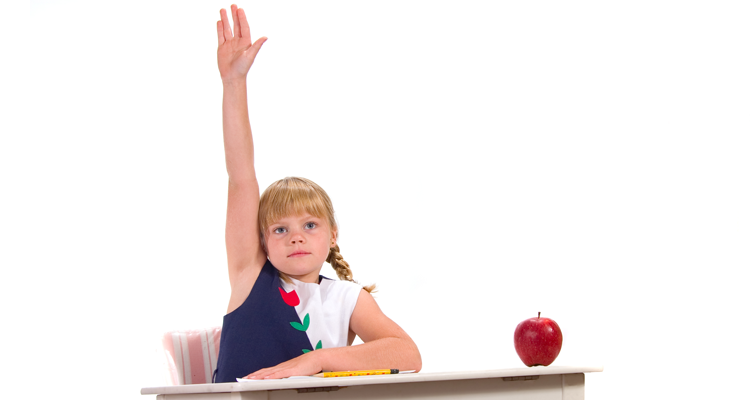 Melissa Carter
Outspoken
September 10, 2021
Parents and teachers often set rules for children without giving vital details necessary for the child to know exactly what they mean. Adults take for granted their general knowledge of things that a little kid simply doesn’t understand. When I was little, I was a rule follower, but not one to ask a lot of follow-up questions. So, when I learned you cannot go to the bathroom during class unless it’s an emergency, I left it up to my interpretation to determine what that meant.
One day in second grade, we were asked to work on a project during quiet time. Our desks were rearranged in several patterns during the year, and this time we were in a big square around the room facing the center, with the teacher’s desk as the keystone of the pattern. I suppose that allowed the teacher to check papers more easily inside our seating area. It also meant you only had two people near you for distraction: one to your left and the other to your right.
It was during this time I realized I needed to pee. We were near the end of the school day, so the milk I had at lunch had filled my bladder. Becoming increasingly uncomfortable as time passed, I got up to ask my teacher if I could go to the bathroom down the hall. She told me, “Only if it’s  an emergency.”
What exactly is an emergency? I never had the heart to ask anybody that important follow-up question, because I really didn’t know. Somehow, I settled on the answer that an emergency was diarrhea or vomit — basically things you couldn’t control. My situation was neither, and I made the dire mistake of nodding and going back to my seat.
I wasn’t going to be able to hold it until the end of school. I knew it and began to weigh my options. I was sitting by two guys who were paying no attention to me as they were fighting boredom with whatever it took not to catch the teacher’s attention. As I squirmed in my plastic chair, I realized there was a dip in the seat where your butt goes. If I scooted up toward the front enough, the dip could serve as a catchall for the urine that was aggressively asking me for a place to go.
So that’s what I did. I peed in my seat. Embarrassment ebbed as sweet relief dominated my thoughts and the pee indeed pooled into my seat as planned.
It’s funny in a panic what you’ll convince yourself of. I was certain no one noticed and proceeded to the sink for a few trips to grab paper towels to soak up and throw away the evidence. Nevermind my soaked pants or any smell that was beginning to catch the attention of those right beside my chair.
We make the joke about what assuming can do to you as an adult, but let’s not forget to communicate exactly what we mean to children and add to their sight words the term “clarify.”