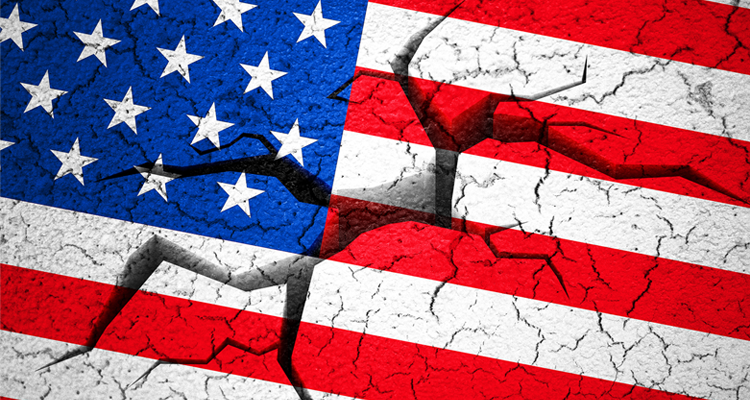 The Death of Democracy

Bad news for old people: fascism is arriving before you die

I used to tell friends that a short-term future isn’t the worst thing about getting old. Impending death, I argued, will spare us experiencing the complete collapse of democracy and the establishment of a fascist state. As usual, I was wrong. Nursing home residents clamoring for hospice beds know democracy’s end is now, not nigh. We’re done.

Unlike most people, I’ve been obsessed with politics since I was 16, thanks in large part to a high school history teacher who took me under his wing during a time I was bullied. I, like most, was too fogged by cultural hatred to consider my occasional transfixion by the sight of male butts in the locker room more than an idiosyncratic craving like I had for Little Debbie Cakes. This was never discussed with my teacher, but he taught me anything could be basically sublimated in music, philosophy, and politics. Every Saturday, I took the bus from Sandy Springs to downtown Atlanta’s main library. Built at a time when public spaces still provided cubby holes of privacy, I’d settle in and read everything I could, including the few books on the sickness called homosexuality. Mainly I read stuff about bantu philosophy, Hinduism, benevolent dictatorship, voodoo, and art. I also spent a lot of time walking through the Black commercial district and always visited a wonderful woman who prepared herbal remedies in the back of her convenience store. (I begged her for a pin doll.) I literally grew up not knowing anyone Black beside our maids. Suddenly, I became more comfortable in this other world than in the Republican world of my parents.

One day, I pulled a book off the shelves that changed everything: “The Communist Manifesto.” When I told my teacher I’d read it, he seemed to laugh and panic at the same time. He asked me if my parents knew about this. I told him that I’d bought a copy of my own and it just provoked my mother’s usual eye-rolling. I won’t go into the whole story. Just let me promise you this: If you read this book or anything else by Karl Marx and Friedrich Engels, you will be shocked how applicable their observations 174 years ago still are. (That is not to say that totalitarian communism worked.)

That summer – my 16th – I volunteered in the first year of Head Start, the still extant pre-school program for children living in poverty. I was at the English Avenue Elementary School and landed on a page of the AJC where I was described as the first white boy to volunteer. That pretty much solidified my liberalism, which grew more radical when I went to college. I was co-chair of my school’s chapter of the most radical student organization in the US, Students for a Democratic Society. Weirdly, I was further radicalized when I saw that women were expected to serve the coffee to us male rebels and that homosexuals, as we were still known, were silly accidents of nature at best.

I studied journalism, then worked first as editor of a racist small-town newspaper, then as editor of liberal alternative weekly, then as editor of the country’s largest regional home-and-garden magazine. There was much in between. I became Atlanta’s first openly gay journalist (so I’m told). But here’s the thing, I never lost my sense that things can get better. I was an avowed socialist, but I worked in liberal Democratic campaigns. Did things get better? Occasionally. But the same man who gave us the Great Society and Head Start accelerated the genocidal Vietnam War. Bill Clinton turned his promise of gay military service into the closet called “Don’t Ask, Don’t Tell.” I could go on. I fumed at friends who didn’t keep track of our dissolution by at least reading a newspaper now and then. And with Donald Trump, the Republican Party began its overt destruction of democracy’s remnants.

Then something really shitty happened. I noticed that the Democrats, although being nicer and full of promises, had become cowards. In the 2016 election, I supported Bernie Sanders and often pointed out that much of what we hated about Republicans was also true of Democrats. There was, for example, Obama’s habit of prosecuting whistleblowers and reporters with ferocity even the horrid George W. Bush officially eschewed. When I pointed out such things on Facebook, I enraged some “friends” who accused me of concocting lies. I sent them Google pages providing hundreds of articles confirming such. They still denied it. By favoring Bernie over Hillary, they said, I was guaranteeing Trump’s election. I said bullshit. Many unfriended me. I was horrified and hurt. Now, I’m fine.

Things aren’t changing. Biden has accomplished some good work, but he is – as every Democratic outsider predicted – adhering to the fantasy that he can bring back the old days when all the politicos lunched in the same dining room and salivated over tasty bits of compromise. He’s done shitty things like promising a substantial cut in student loan debt and then trying to shove it aside. He’s blown COVID-19 management. He refused to use the executive order. His and the party’s meek effort to rein Manchin and Sinema lead me to wonder if those two volunteered to be the bad guys. After all, the Dems are as indebted to corporate money as Republicans. Such questions are prohibited by the kind-hearted, cowardly members of the party, two of whose presidents, LBJ and FDR, understood that, at the least, there comes a point when a democracy’s survival itself demands the establishment of relative equity.

But now that I’ve stopped reading the news in order to shop for linens for my death bed, I’m okay. Democracy is done. Fascism will be official by the midterms and the Democrats can bring back a zombie charm-school leader like Hillary to compromise.