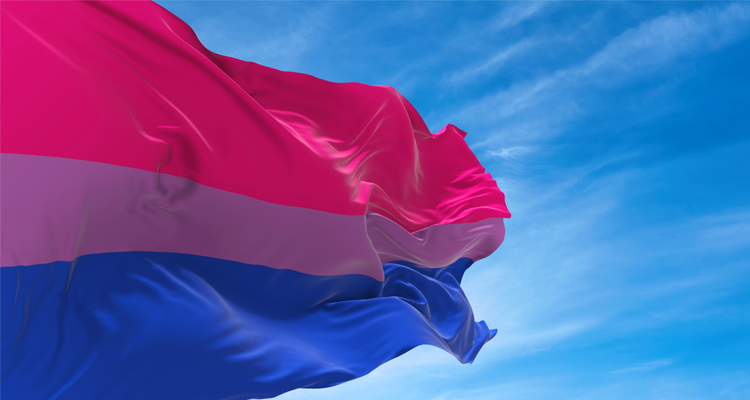 The Fluidity of Sexuality

When I became deputy editor of Georgia Voice, I wrote an editorial disclaiming that I was a straight ally of the LGBTQ community. Over the course of the year-and-a-half since, that has changed.

I first thought I could be bisexual about a year ago, shortly after writing said editorial. Understandably, it took a while for me to come to terms with it. At the time, I was in a five-year-long relationship with a man, and I was terrified of formally coming out as bi because I didn’t want to come across as appropriating the identity. I’ve never been in a public-facing relationship with anyone other than a man, and queerness didn’t shape my experiences growing up. This is because I didn’t consider myself to be closeted; I genuinely was straight for a very long time. I didn’t have secret crushes on my girlfriends. I didn’t push down romantic and sexual feelings for women; I simply didn’t have them. So, I was worried I might be wrong — what if it was just a phase? I was hesitant to identify as bisexual when I had lived my entire life with the privilege of not facing the violence and denial of self that so many queer people are subjected to.

With a longtime interest in feminism and the social constructions of gender and sex, I pursued a minor in Women’s, Gender, and Sexuality Studies while in college. It was in these courses that I learned the ins and outs of heteropatriarchy, and as I compared my college notes to my own experiences with sex and attraction, things started to add up for me.

In my late teens and early twenties, I experienced an abundance of repression; I was terrified of being both myself and a sexual being (thanks to abstinence-based sex education and a feeling of sexual obligation to my partner at the time). I struggled with a lack of sexual interest to the point that I thought I was asexual while simultaneously obsessing over male validation via attraction to me. In short, I wasn’t as interested in men as I was interested in them being attracted to me, as it made me feel like a real, valid woman. Even the men I did find myself attracted to were fundamentally incompatible with me because they were emotionally distant and uncommunicative where I was overly emotional and highly communicative.

As I worked through these issues I had with men and my own self-image in therapy, I started to seriously question my sexuality. I looked back on my own experiences with women, particularly in media, and realized that I had, just as all of us have, fallen victim to heteronormativity, or the dominant understanding of straight as the “default” sexuality and all others as “deviations” from the norm. What I would now deem as attraction I used to label jealousy. I saw a beautiful woman and became overcome with desire; but shaped by a toxic understanding of womanhood informed by heteropatriarchy, I mistook these feelings as a desire to be her instead of with her.

Despite this, I don’t see my bisexuality as something that I’ve unveiled after being hidden all my life. I see it as something that has evolved. I have grown and let my true self expand, and with that, my sexuality has expanded as well.

Amia Srinivasan, author of the essay “The Right to Sex,” recently spoke about the fluidity of sexuality on the Ezra Klein podcast (the episode is called, “Can We Change Our Sexual Desires? Should We?” — give it a listen!). She spoke about the concept of “fixed sexuality” (otherwise known as “born this way” rhetoric) as a means of protecting queer people’s sexual lives from moral inquisition. While positing same-sex attraction as something people are born with has helped sway public opinion in a more LGBTQ-friendly direction, Srinivasan notes that this understanding of sexuality doesn’t fit every experience. Nonheterosexuality shouldn’t only be valid if it is fixed or finite. We should be working toward a world that allows for exploration, where attraction isn’t first understood as heterosexual until proven otherwise.

Although sexuality can and often does change, however, it is not malleable; you cannot force it to change. That’s why conversion therapy is not only ineffective but harmful, because when you force someone to change who they are, you thrust them into a space of shame. Shame is the antithesis of acceptance and love, two things that are necessary when fostering a healthy and happy sexuality and overall relationship with yourself.

Coming out as bisexual, to me, means emerging from a space of shame, self-denial, and repression. It marks my rebirth as a woman who no longer relies on men to feel good about herself, doesn’t see other women as her competition, and finally knows that no one’s gender prevents them from being the object of her attraction.