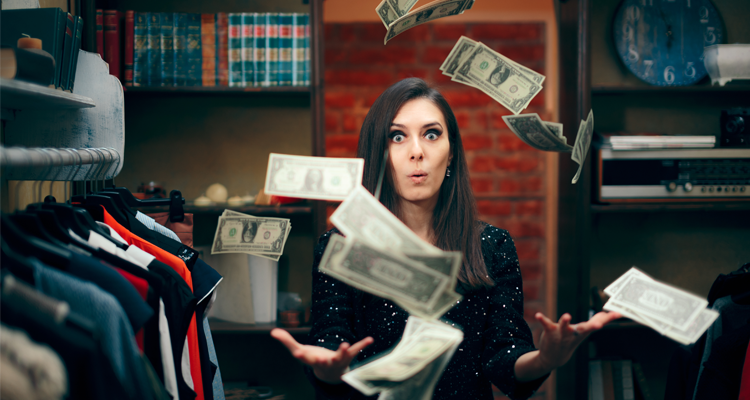 The Hedonic Treadmill and Why Happiness Has No Price Tag

Money can’t buy you happiness and winning the lottery could be the worst thing to ever happen to you.

Take Billie Bob Harrell Jr.: It’s 1997, and his years-long streak of layoffs has led him to work stocking shelves at Home Depot. Suddenly, his luck seemed to turn around one evening as he sat in his living room, watching TV. His randomly selected six numbers matched those drawn by the Texas lottery. Just like that, he was $31 million richer.

You’d think this would change his life for the better, but it would actually lead to his demise.

Harrell was generous with his winnings, buying homes for himself and his family. He donated large sums to his church and helped his fellow worshippers in need. Soon everyone, from members of his church to complete strangers, was coming out of the woodwork with their hands out. Despite changing his number several times, people always seemed to find a way to get their hands on his digits. Soon, his spending and lending became the final straw that broke his already strained marriage.

Harrell went from a happy, religious family man to a depressed middle-aged divorced person. When his ex-wife refused his request for reconciliation, he locked himself in the bedroom of the house he purchased with his winnings and took his own life.

Winning the lottery is many people’s wildest dream. The promise of an easy and extravagant life falling into your lap overnight is the fuel that drives Americans to spend over $70 billion on lotto tickets every year. But Harrell’s story proves the age-old adage, “Be careful what you wish for.”

You may be thinking, “Okay, I get it. Winning the lottery won’t make me happy, but a raise will, right?” The answer is yes, then no, and then not at all. Confused? Let’s look at the science.

The average American’s basic needs are completely and comfortably covered when they reach a $75,000 yearly salary. Until this point, raises can incrementally increase an individual’s happiness as the stress of being able to cover life’s many necessities is gradually alleviated. After coming to a point where one’s basic needs are completely met, increases in salary can cause short-lived bumps in happiness, but they’ll come back down. Research also shows that the more money someone makes, the more money they think they need in order to reach a golden level of happiness.

The reason for the short-lived happiness of a raise above $75,000, a promotion at work, or moving to a new city is the same as the reason why we can overcome the loss of a loved one, being diagnosed with a chronic disease, or having to take a lower paying job. We adapt.

Through “hedonic adaptation,” which Psychology Today defines as “the process by which positive or negative effects on happiness fade over time,” the hedonic treadmill is the process by which people generally return to their set point of happiness after either positive or negative events drive their happiness levels higher or lower than usual. This means that after a positive change, like a raise or promotion, humans tend to adapt to their new status quo and compare things against a new average. This means that after a while, it’s likely that post-raise, you’ll just feel like you need even more money to maintain that increased level of happiness (thankfully, this also means that life’s low points won’t last forever, either).

In the same manner that Parkinson’s Law dictates that work will expand to fill the time allotted, the average consumer will increase their spending with more total income. Studies show that as people’s yearly earnings increase, so does their desire to spend their money to better or maintain their lifestyle.

This means that as people adapt to their new surroundings, both mentally and financially, they require more money to reach an elevated level of happiness. Thus, the hedonic cycle continues.

In order to find happiness, psychologists recommend looking inward and focusing on your goals and health as well as surrounding yourself with a strong support network. As corny as it may sound, money doesn’t last forever, but surrounding yourself with positive people and fostering strong relationships is the recipe for lasting happiness. The long-lasting joy that comes from solid relationships won’t send you into a hedonic cycle, because it will simply be raising your baseline happiness. So, it’s true: money really can’t buy you happiness.

Information for this article comes from The Happiness Lab with Dr. Laurie Santos, a podcast dedicated to the science of being happy. Listen wherever you get your podcasts.