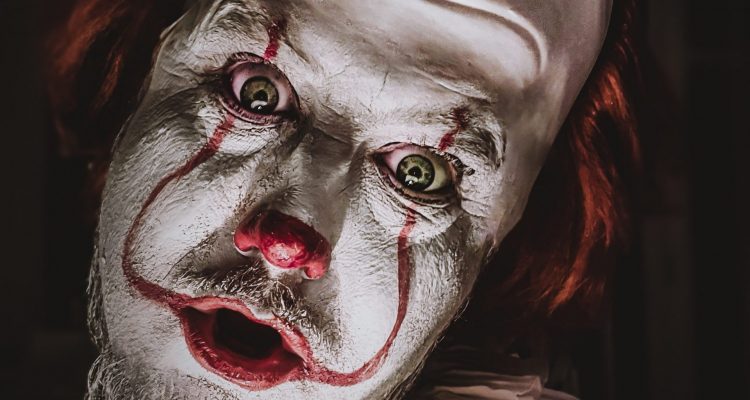 The Horror of Sexual Miseducation

I’ve watched a lot of horror movies. Growing up, my younger sister was obsessed with them, so that meant that every scary movie Netflix had to offer was watched in the Burkholder household — even the horrifically cheesy ones (of which there are many). This instilled in me a nostalgic love for both the adrenaline rush of fear and the charming camp of horror.

With Halloween just around the corner, more and more people are going to be getting their scary movie fix. What’s even more frightening than the videotape from “The Ring,” Pennywise from “It,” or that scene in “Hereditary,” however, are the subliminal sexual themes in horror that fill the gaps in sex education.

“Very often, I need characters to do things which, under the right-thinking circumstances, they would never do,” Clive Barker, the writer of novella, The Hellbound Heart, which the popular film “Hellraiser” was based on, said in a 2000 interview with Stephen Lemons. “They need to walk metaphorically through a door into another world … and you’ve got to get the character to a place where the audience will buy it. Sexual desire is one great way to do that.”

Because of the connection between horror and the body, the genre reveals the often-problematic ways we socially construct gender and sex.

There are multiple common tropes that reveal the objectifying and misogynistic ways we view women: There’s the infamous “Final Girl” trope, where the virginal and chaste woman almost always outlasts her sexually active female friends — a rule explicitly explained by horror movie lover Randy in 1996’s self-aware, “Scream.” There’s the “mother as murderer” trope, where the serial killer who only targets young women does so because his mother is overbearing or abusive (see “Friday the 13th” and “Psycho”), and in films like “Carrie,” the young female protagonist is “cursed” once she gets her period, portraying menstruation as a source of womanly evil. The gratuitous violence characteristic of horror is more often targeted at female victims than male. This violence, when paired with subliminal sexualization, perpetuates an understanding of sex as violent domination — with women construed as the dominated, not dominant — that is mirrored in mainstream pornography.

Horror tropes aren’t only misogynistic, they’re often homophobic and transphobic, too. Queer people are often underrepresented, and if they are featured, they’re side characters that get murdered early on — like the gay couple murdered by Pennywise within the first five minutes of “It: Chapter 2.” Or, even worse, they’re villainized and pathologized — like the infamous portrayal of “transsexual” Buffalo Bill in “Silence of the Lambs,” who murders and skins women to make what Clarice calls a “woman suit.”

Now, I’m not saying horror is problematic — like I said, I love horror, including many of the movies I referenced above. Horror isn’t the problem; it’s indicative of the problem. These tropes offer valuable lessons in how we construct sexuality, identity, and the body — constructions that are born from a wealth of sexual miseducation, particularly in the South.

Chances are you had a less-than-enlightening sex ed experience growing up, especially if you grew up in Georgia. My personal experience was one measly week that put “The Conjuring” to shame: I was shown horrifying photos of sexually transmitted diseases and told terrifying stories of teenage pregnancies, all with the moral that abstinence is the only way to prevent it. I wasn’t taught about rape or same-sex relationships (outside of pathologizing gay sex as risky sex due to HIV/AIDS).

It doesn’t look like Georgia’s sex education is going to be advancing any time soon — legislation around sex ed curriculum that is currently pending includes requirements to include instruction on tampons and make information medically accurate, so there’s still a long way to go. In the meantime, however, there’s a myriad of spooky films that have positive messages (or at least critical commentary) on sex and gender. Some of my favorites include “Raw,” “Gerald’s Game,” “Jennifer’s Body,” and of course, “Rocky Horror Picture Show.”