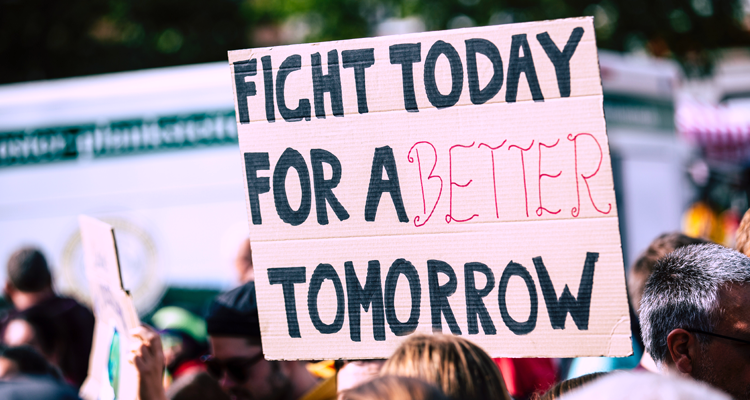 The Next Four Years

I write this on October 31, four days before Election Day.

In my wildest, most idealistic dreams, by the time this editorial is published on November 6, nationwide results will have easily flowed in, and Joe Biden will be peacefully and cordially accepted as number 46. Unfortunately, given the current climate of utter chaos we seem unable to escape, this dream is sadly unrealistic.

If this year’s primaries are any indication, we probably won’t even know the final results for days or weeks after the polls close. The primary results in Georgia weren’t finalized until almost ten days after the election ended. With the increased number of mail-in ballots cast this cycle, the counting of which is more labor intensive than in-person voting, I expect the process to take even longer this time around.

It almost doesn’t matter, though, because even if the counting process runs smoothly, the transfer of power won’t. If the last four years — and Trump’s own words!—are any indication, when he loses (which is the only outcome I allow myself to acknowledge as feasible), he won’t be going down without a fight. As if his grating egocentrism isn’t proof enough of his inability to lose with grace, when asked if he would commit to a peaceful transfer of power, Trump himself said he’d “have to see what happens.” There’s a chance — although small — that the results will be contested and the power to determine the winner will be vested in the Supreme Court, the newest addition to which gives the highest court in the land a serious conservative edge.

Now, I frankly don’t expect the SCOTUS to blatantly hand the election to Trump if he loses — although Amy Coney Barrett’s disarming inexperience makes my faith in the nonpartisan branch of government waver — but what I do expect, even if Trump has a moment of uncharacteristic grace following his presidency (if you could even call it that), is a less-than-kind reaction from Trump’s more militant supporters. While I don’t like admitting to fear of these evil people, I would be stupid not to worry about the danger posed by white supremacists and neo-Nazis armed to the teeth and pissed off over a lost election.

The fact of the matter is, even when he’s out of office, even if we flip the Senate blue, even if Trump is locked up — it doesn’t change the fact that a racist, misogynistic fascist was the 45th president of the United States and we live in a country whose systems allowed that to happen. The legacy of his presidency, from the Supreme Court justices he seated to the white supremacists his rhetoric emboldened, will live on for decades. Donald Trump being president, while deeply problematic, is not the problem, and as much as I wish simply electing Joe Biden and then becoming apolitical until the next big election would solve the ills of this country, it won’t.

Like me, you’ve probably been bombarded with messages to vote vote VOTE over the last few months. But what happens next? How do we address the probable chaos that’s going to unfold over the couple of months between Election Day and inauguration? How do we mend a nation that is so deeply wounded?

Transformation is a revolutionary act, so it’s going to take revolutionary action from all of us, especially those of us privileged enough to be relatively unaffected by the actions of our political leaders.

If you’re hurt and upset by the Trump presidency now, you need to stay upset, even after he’s ousted. I know the political landscape has been exhausting to say the least. It’s okay to sigh with relief after Trump is out of office, but we need to fight to make this country a place that doesn’t allow racists to steal elections anymore, or else, I promise you, we will repeat our same mistakes.