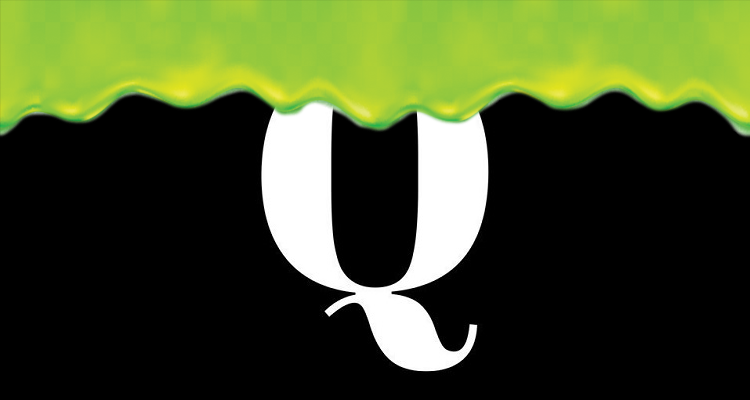 The Rancid Rise of Queer-Anon

A gun-wielding man in a rainbow wig being arrested at Dairy Queen after threatening to kill liberals and restore Donald Trump to the presidency made me rush to my friend’s social media page to make sure he wasn’t in custody. I once thought only conservatives were damned to lament how “Q-Anon Turned Our MeeMaw into a Vampire Hunter,” but a queer fringe has begun amplifying conspiracy theories and viciously maligning the progressivism for which they ought to be grateful.

They are caricatures of privilege, primarily white gay men and lesbians who pretended to be concerned about civil rights when they were merely interested in removing barriers that isolated them from their kinfolk and caste. With those barriers gone, they are eager to re-assimilate — and overcompensate by attacking the liberalism that brought dignity and equality to their lives as queer Americans and defaming those with whom they once feigned solidarity.

My friend was a hero in the fight against the military’s “Don’t Ask, Don’t Tell” policy and a generous donor and vocal advocate for marriage equality. Shortly after the U.S. Supreme Court validated his same-sex union, he declared the LGBTQ movement complete.

Any goals beyond the two that benefited him were radical and perverted, and his attacks on LGBTQ woke-ism soon exploded into a raging denunciation of cities, Democrats, and any other symbol of leftism. His most consuming obsession is transphobia, whether posting debunked allegations about a Boston clinic for transgender youth (a false narrative that has led to bomb threats against the organization) or suggesting “Drag Queen Story Hour” is a grooming operation meant to steer toddlers toward genital surgery.

He wars against an imaginary “Great Replacement” in which gay and lesbian children (and even tomboys) are duped into believing they are actually transgender, then fast-tracked onto an irreversible course of hormone treatments and medical operations. Advances in transgender rights and visibility have convinced him gender-bending is chic, homosexuality is passe, and all the “kool kidz” are swapping pronouns and chopping off body parts.

Undoubtedly, the sexual and gender exploration of today’s youth is subject to influences and outcomes beyond what any prior generation has navigated. While it’s not surprising for these new dynamics to be portrayed as a hellscape by someone in his sixties without any discernible familiarity with young people or their trends, it’s disappointing for him to regurgitate the bigoted fatalism expressed when acceptance of homosexuality was re-orienting childhood development.

Upon recognizing my attraction to other boys at age six, I simultaneously learned those desires were prohibited in mid-1980s America. I explored my sexuality with peers of both sexes while assuming I would marry a woman, but by my late teens LGBTQ advocacy had introduced the potential of being gay without being miserable.

Coming out as a gay male was as functionally irreversible as the procedures in my friend’s transphobic fever dreams. Any take-backsies to heterosexuality would’ve been doubted by potential female partners and fellow gay men, and it’s now widely illegal to attempt to convert a young person who identifies as gay.

The struggles related to sexual orientation and gender identity are hardly identical, and it’s not blasphemous for a gay man to wonder about age restrictions on medical transitions or have concerns about fairness in high school sports. However, we share enough similarities, history, and adversaries with our transgender brothers and sisters to make it obvious that going turncoat is conduct unbecoming.