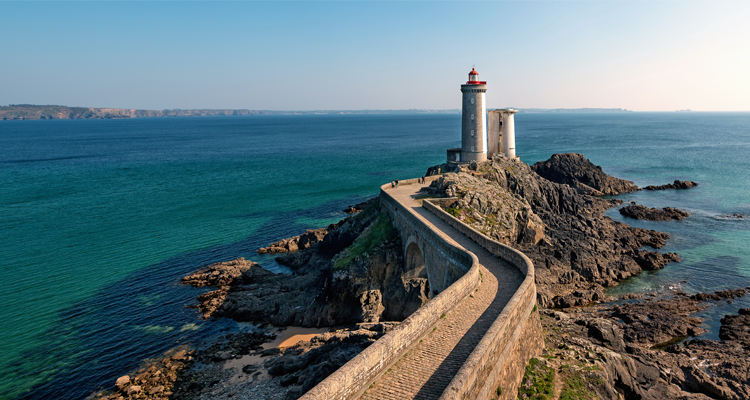 Buck Jones
Outspoken
September 10, 2021
It was 1987, and I was “studying” French at a language school in the middle of France. The truth is I was a horrible student, and instead of taking my French lessons seriously I ventured off to visit local chateaux that dotted the villages surrounding the small provincial town of Tours. Playing on the radio at the time was a French song that perfectly captured my sentiment from that summer of discovery — “Voyage, voyage” by Desireless. It’s a catchy dance number that worked its way up the European music charts that year, and the lyrics sung by the French singer beckon the listener to travel, visiting all of the vastness of the world. For this budding globetrotter from a small town in South Carolina, it was a tantalizing siren call.
Today, I call France my home. After sixteen years of living in Paris, there are still many places left for me to discover in this diverse country. For many, the first thing that comes to mind when they think of France is wine and cheese, and in this case, the cliché rings true. The French take their wine and cheeses très seriously. But there is also an abundance of regional cuisines and delicacies that make traveling outside of Paris a wonderful adventure.
Take, for instance, Bretagne, or Brittany, as it is called in English. The home of the crêpe and cider, this charming region juts out from the rest of the mainland of France as if reaching for its Celtic neighbors in Ireland and Wales, which is actually not far from the truth. It got its name from the exiled tribes of Britons who fled England when overrun by the invading Angles and Saxons in ancient times. Today this rocky, windswept region is home to charming hilltop villages that overlook the Atlantic and has some of the oldest historical sites in Europe dating back to the 5th century B.C. With its own unique language that is a cousin of Celtic Irish (breton), Bretagne is a distinct country within a country.
Similarly, in the southwest near Spain is the Basque country of France. Perhaps its most famous city is Biarritz, with its world-renowned surf culture thanks to the significant waves that barrel in over the continental shelf on the Atlantic seabed. With its sunny, warm climate and easygoing lifestyle, Basque country is the home of tapas — delightful finger foods that are offered at sundown. There a visitor can fill a plate with a variety of local delicacies; usually each one is around a Euro each ($1.20) and a veritable feast for those on a budget — even better when paired with a delicious glass of chilled sangria. As for understanding the Basque language, good luck. It is its own unique tongue unlike any other known language in Europe, its origins still a mystery to language scholars.
Continuing our tour of the Hexagon, as the French call their six-sided country, is the region most Americans are familiar with when they think of France outside of Paris. Provence is in the southeastern corner next to Italy, and was originally colonized by the ancient Greeks and Romans. Indeed, the extensive remnants of those civilizations are omnipresent in the region, with the cities of Nimes, Arles, and Orange having the most impressive reminders of their ancient origins. Vast aqueducts, imperial temples and baths, even massive theaters and arenas that rival what one can find in Rome and North Africa are popular tourist sites. Of course the local wine vineyards are world-renowned as well, as is the fresh, seafood-rich “Mediterranean diet” that Provençale cooking promises.
But my favorite place in France is Paris. Whether a first-time visitor or someone who frequents the City of Lights often, the best way to experience Paris is from a traditional sidewalk café. The terrasse is a quintessential Parisian experience. From that three-foot-by-three-foot piece of real estate you are renting, you can enjoy the human comedy (or tragedy) that is unveiled before you while sipping your wine or enjoying a breakfast croissant and espresso. Finding your own little café is part of the fun of exploring the city. Each neighborhood has its own distinct personality, with some more bustling that cater to a midday business crowd and others slightly more relaxed, only coming to life once the sun has crept behind the surrounding buildings and what passes for smiles emerge on the local Parisian faces.
My personal recommendation is to explore the neighborhood of Montorgueil and the streets and byways emanating from the Marais on the right bank of the Seine, or if you find yourself on the left bank, the charming, winding walk between Saint Sulpice and the Odéon on Saint Germain des Près is among my favorites.
Save a spot for me on the terrasse.