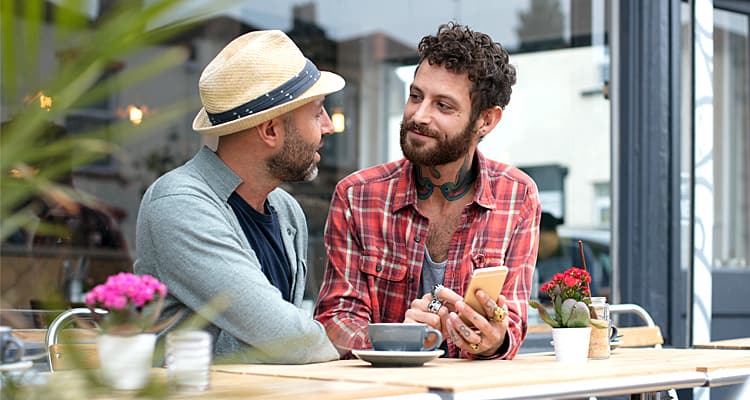 There are few things pettier and worse at keeping secrets than a social media algorithm. You’ll download an app to discreetly chat with guys you met on other platforms, only to have the program send a message to all of your friends, followers, and contacts notifying them, “Ryan has joined KiK! Would you like to add GloryHoleGuru as a friend?”

Facebook is notorious for filling the “People You May Know” section with former one-night stands, exposing countless aliases, cover stories, and unmentioned spouses. If this random hook-up and I were expecting more from each other than sex, we probably would’ve exchanged real names, Mr. Zuckerberg.

I recently clicked the heart icon to enroll in Facebook Dating, and over the weekend was suspiciously deluged with new friend requests. It felt odd because nothing in the dating guidelines mentioned friend requests as part of the courting process, and because among my wannabe buddies were a few halves of same-sex marriages and a homophobic pastor who nonetheless has keen fashion sense and an impeccable tailor.

My initial take on Facebook Dating was of surprise that people apparently weren’t supposed to be using the app to find romantic partners all along. Whether in secret niche groups or particularly suggestive comment threads, it’s never seemed like it was that uncommon to find friends with benefits on Facebook.

My next impression was how similar Facebook Dating felt to the dozens of other apps people use to connect with potential partners, especially since the first guy to indicate his interest was someone who had previously hit me up on Jack’d. I reciprocated his admiration in both settings, and both times he responded with no response.

So I expect Facebook Dating to offer the same quality of interactions that we’ve grown used to since the days of Manhunt or Men4Now – which shouldn’t be read as a complaint considering how well gay online dating customs match my preference for short-term intimacy. However, a lot of the guys whose profile I’ve read seem to have higher hopes of finding Mr. Right on the world’s largest social network.

It is beyond my understanding how anyone could weigh the last 15 years of Facebook and assume it will offer potential partners with more substance or emotional maturity than what you’d find on any app specifically geared for gay dating. For all of the faults of Scruff and company, their users have never been marshaled by Russians to ruin a U.S. presidential election.

Facebook Dating appears to be chlorine for a dating pool that’s largely characterized by booty calls and ghosting, so I get its appeal. But whether one is looking for love on Facebook or BarebackRT, it’s becoming wiser to trust the algorithm over the heart.