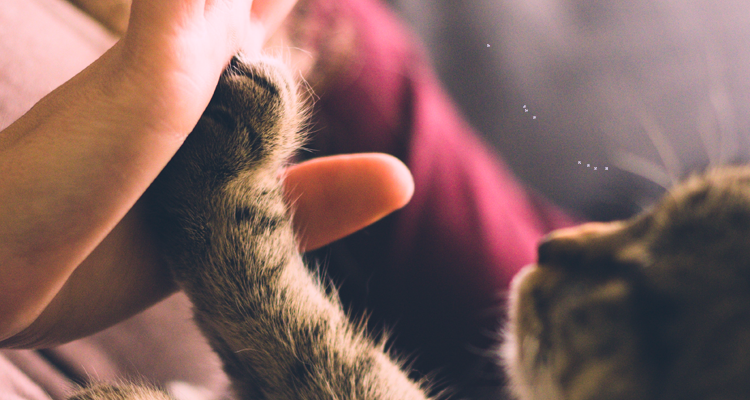 Who Can Help When You’re a Pandemic Shut-in?

I’m sure that in pre-pandemic days, you had the experience of, say, eating at a restaurant next to a table occupied by an unleashed and aggressive creature darting its eyes about while channeling “emotional support” to its owner. If someone dared to question the propriety of its presence, the emotionally supported yet unstable owner might go full Karen.

The problem is that the designation of emotional support animals is largely unregulated. It’s possible to pay an organization to designate your pet an entitled miracle worker with no training whatsoever.

I’m not arguing that animals don’t provide significant emotional support. They do, but you certainly don’t need to invest in a certain model. At this moment, in fact, a tortoiseshell cat named Quiz is stretched across my forearms as I type. She is licking me with her bristly tongue and, honestly, in the two months since she appeared at my back door, I have never felt her teeth or claws. She is like a teddy bear I can throw over my shoulder and take to bed where she stretches a paw out to touch me and purrs. All. Night. Long. She talks continually. I fucking love her.

One of the first things I noticed soon after coming out was the gay habit of calling pets “babies.” I thought it would be condescending to infantilize my cats, my parrots, my koi fish and my obese wire-haired dachshund, who was a runner-up in Houston’s Ugliest Dog Contest (even though I didn’t enter her). A favorite memory of the Armory was meeting a man at the bar with a motionless chihuahua on his lap. I told him that he wasn’t fooling anyone. I could see that it was a dog, not his erection. “It’s his baby!” someone snapped, apparently taking me seriously. When AOL came online, the disorienting extent of this phenomenon became clearer. It seemed like every gay man’s picture included a tiny dog. A friend and I set up a web page called “Gay Men and Their Small Dogs” on which we posted dozens — maybe hundreds — of pirated portraits. Cats were later added. Nobody laughed.

Then came the day I literally put my second partner’s stuff on the front lawn and fell into “codependent” withdrawal that was worse than quitting drinking. On my second day of lying in the bed and crying, my cat Chester jumped on top of me and began “making biscuits” over my heart and purring. The effect was magical. In that moment, he basically became my heart. It’s been decades, but he still visits my dreams, frequently extending a paw. Granted, there’s always a huge cockroach impaled on a claw, but love is like that.

About seven years ago, when things got really bad, a neighbor’s cat, Nubs, moved into the house. He was dying, and I was determined to save his life. He didn’t survive, but our effort saved my life. Quiz is an incredibly affectionate cat. In this godawful pandemic, she is a gift of touch, humor and, well, emotional support.

Why does this matter? We all know that when queer Americans cross the line into senior status, we can easily feel lonely and unloved. Even if we have formed surrogate families with friends, holidays can be especially intense, reminding us of the long estrangement from our blood relatives. This year, the pandemic will turn Thanksgiving and Christmas into Zoom events or, at their warmest, clinical gatherings of people in masks, brandishing turkey legs six feet apart on cold patios.

I’m sure you’re getting my drift. Animals do provide wonderful emotional support and that sense derives in equal part from our care of them. They may be our babies, but they heal us.

(Adopt a pet this holiday season. You might start the process with PAWS, www.pawsatlanta.org, but there are plenty of other resources available.)