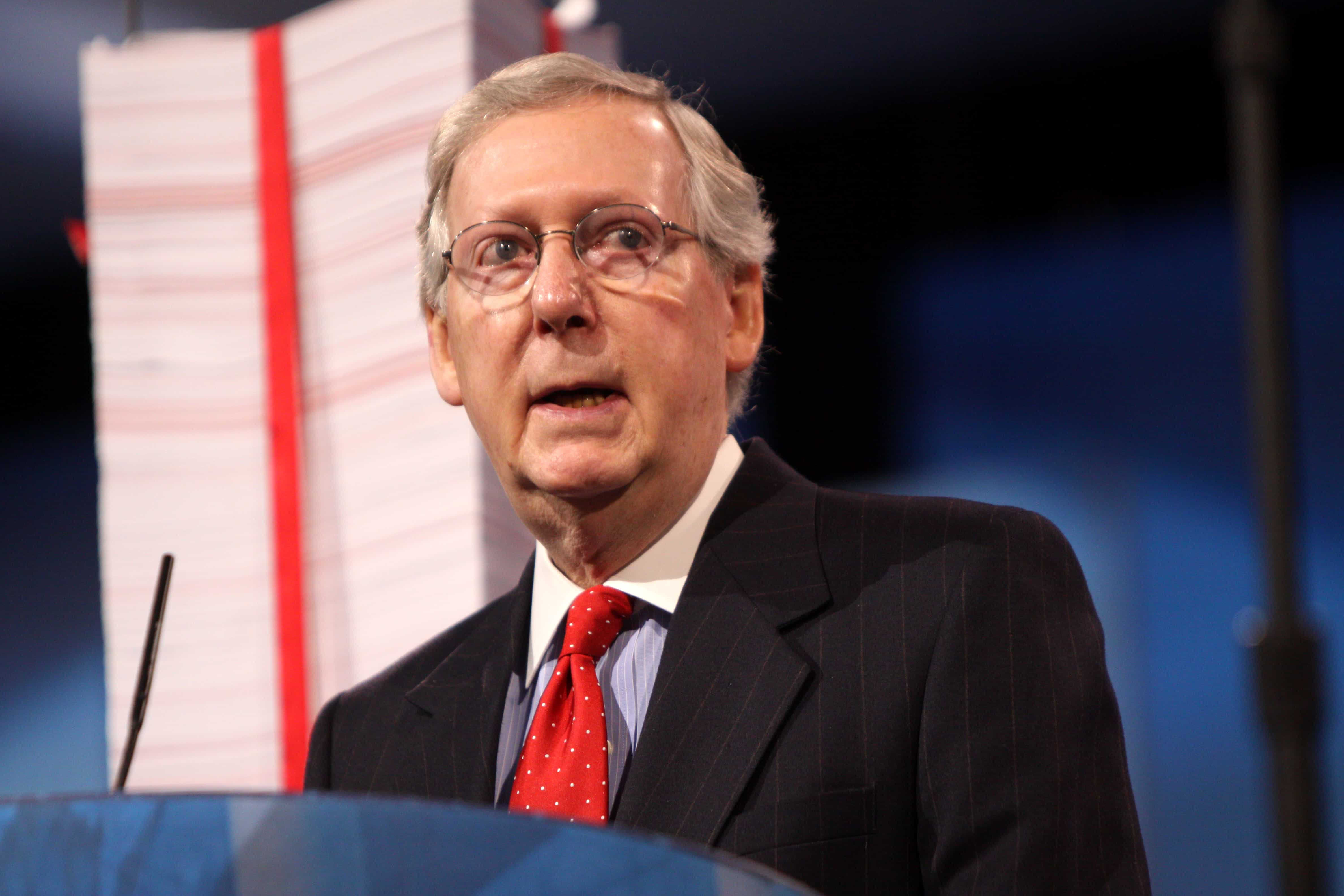 You most likely think the headline is a mistake, but I assure you it’s not. Let’s face some interesting facts: McConnell is a politician, and every politician likes power, some for good and some for their own interest. McConnell, or as he’s known in his home state of Kentucky “Moscow Mitch,” likes power, and he’s about to be one of the most powerful men in America in just a few short weeks — all thanks to impeachment.

There is little doubt that President Trump will be impeached in the House of Representatives, and the Senate will then put him on trial for removal from office. Now here’s where it gets interesting: McConnell literally controls the majority of Republican senators, and Trump only gets removed from office if he gets the votes that McConnell has in his pocket. What I’m saying is that McConnell has a royal flush.

So imagine, Trump has been dealing with Mueller and Nancy Pelosi; now he has to depend on McConnell to save him from removal. Do we not think that McConnell will want something in return? For that kind of favor, Trump would give his firstborn — wait, he’d do that for far less. Point is Moscow Mitch is in the driver’s seat once impeachment moves to the Senate, and I bet you’ll see a very big smile on ol’ Mitch’s face. The only real question is, what does he want?

Whatever it was, this Tuesday’s election changed that. McConnell is now fighting for his political life since in his home state Tuesday, the governor’s race was nationalized. Impeachment was used to re-elect the Republican governor. Republicans even brought Donald Trump in the night before — Trump who won the state by 30 points. But the Republicans lost, therefore Trump lost, and the state elected a Democrat governor. That is seismic, and it gets worse for Moscow Mitch. His approval in Kentucky as he runs for re-election in 2020 is now at 18 percent. And now he knows not only that Trump cannot help him, but continued support for Trump might be his downfall.

Everything changed with regards to impeachment on Tuesday, and Republicans are now running scared. Moscow Mitch is now trying to save his own hide and so must all Republican senators up for re-election. And the others are in bluer states than Kentucky. A new day for McConnell and Trump has arrived. Expect a polite separation. The question is when, and who lands under the bus.