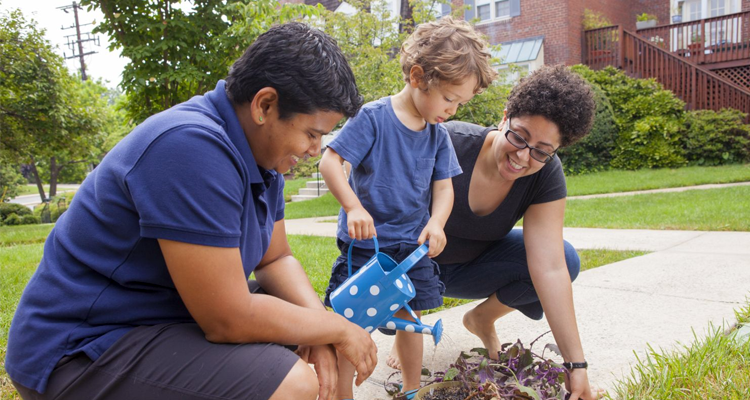 “You Have Two Moms?”

Mr. Carter is officially a first grader. It’s a bittersweet moment, since he has been remote learning since pre-K. I was fortunate enough to have the choice to place him in remote learning at his school due to my kidney transplant, and while he still had a few months of pre-K left, Zoom school began. He and several other classmates continued learning online in kindergarten with a dedicated teacher, and I became accustomed to the wonderful messages taught to these young minds of inclusion, kindness and belief in oneself. But it’s the lesson he taught to his classmates that may be my favorite experience of all.

Our pod has all been vaccinated, so I was comfortable attending an end-of-year event for my son’s entire school at a nearby park. It was a great way for Mr. Carter to see some of his friends again in person and for me to slowly ease back into the real world again, slower than others since I can still be found wearing a mask everywhere. Katie Jo was there too, and we each navigated our son through the joyful children and their parents to the bouncy houses, the concession stands and finally came to rest in a shaded area with our son and his friends.

One of his classmates saw us both sitting nearby and through conversation realized we were his family.

“You have two moms?!” She wore an expression of shock and confusion.

I had a mixture of immediate reactions upon hearing her. First, there was the familiar ignorance I’ve seen so many times and the muscle memory of tension against what I expect to be rejection. Then there was a motherly instinct of wanting to protect my son from anyone ready to make fun of him. Finally, there was an internal eye roll of frustration that the child had obviously not been exposed enough to the LGBTQ community in her young life.

But my son didn’t hesitate before saying, “I’ve got extra love in my heart, and that’s how I have two moms.”

Katie and I looked at each other charmed, since Mr. Carter had never been taught any reaction to the question of having lesbian parents. We were also satisfied that he had taken care of things, and the girl moved on to another subject as if he had just described the color of the sky.

Instead of being defensive over one child’s awkward question, I should be grateful that we were her first experience with a gay family. Questions should be welcomed, and the correct responses can change the trajectory of a person’s treatment of others.

I’m proud of my son for understanding on his own that he grows in an environment of love and open communication. Katie and I have made concerted efforts to provide that for him, taking knowledge from our own lives and attempting to give him the best chance for a joyful existence. To see a result like that, that he has no reason to feel threatened by someone else’s questioning of his world, gives me a relieved feeling that we may be doing something right.