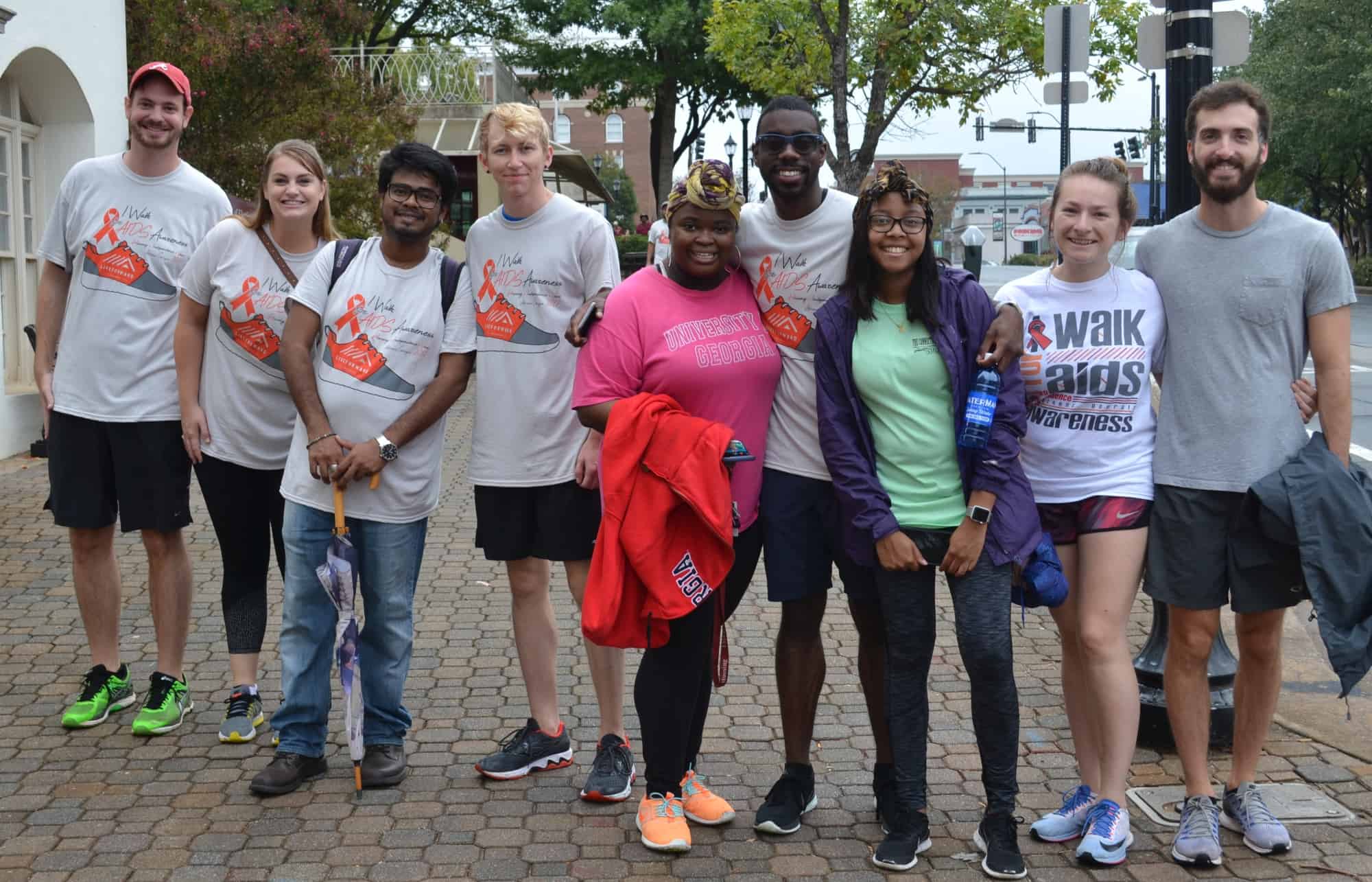 Each fall, citizens of Athens-Clarke County come together to raise awareness of HIV/AIDS and fundraise for much-needed health resources and outreach programs via the Athens AIDS Walk. This year’s event was no exception, as dozens of walkers and teams raised more than $10,200 to support the mission of Live Forward.

The walk group didn’t let a little bit of rain stop them from gathering at Creature Comforts in downtown Athens on Oct. 7. Participants were encouraged to fundraise from friends, family and colleagues beforehand, working towards the overall goal of $25,000.

Live Forward, formerly AIDS Athens, focuses on providing affordable, stable and safe housing for those who use its services. It provides a number of resources, including support groups, a food pantry, free HIV testing and prevention counseling. The organization serves 10 counties in northeast Georgia, including Barrow, Elbert, Greene, Jackson, Madison, Morgan, Oglethorpe, Oconee and Walton.

Walk participant JP Lemay, whose fundraising profile says, “I walk so that one day, we won’t have to,” was the individual who raised the most: $1,255.