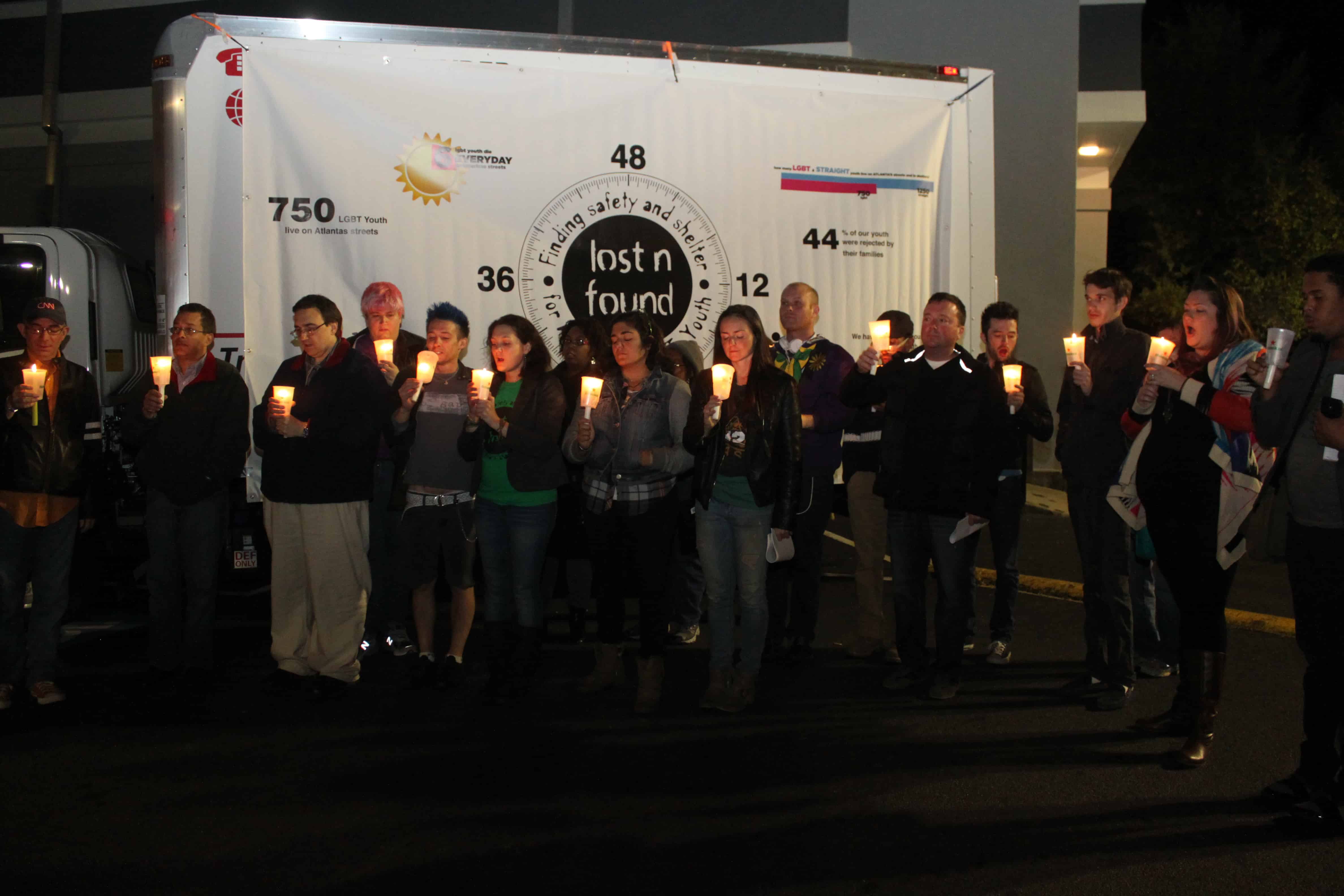 Lost-N-Found Youth commemorated its third anniversary on Nov. 7 with a candlelight vigil march and with its executive director, Rick Westbrook, again living in a truck for 48 hours to bring awareness to Atlanta’s homeless LGBT youth. The 48-hour mark is important, according to Westbrook, because it signifies how much time an organization like Lost-N-Found has to reach a youth before he or she turns to things such as survival sex in order to survive.

Daniel Pierce, who made international headlines after a video of his family disowning him for being gay went viral, is now on the board of Lost-N-Found and is volunteering to help bring more awareness to the plight of LGBT homeless youth and also to raise funds for a new shelter in Midtown.