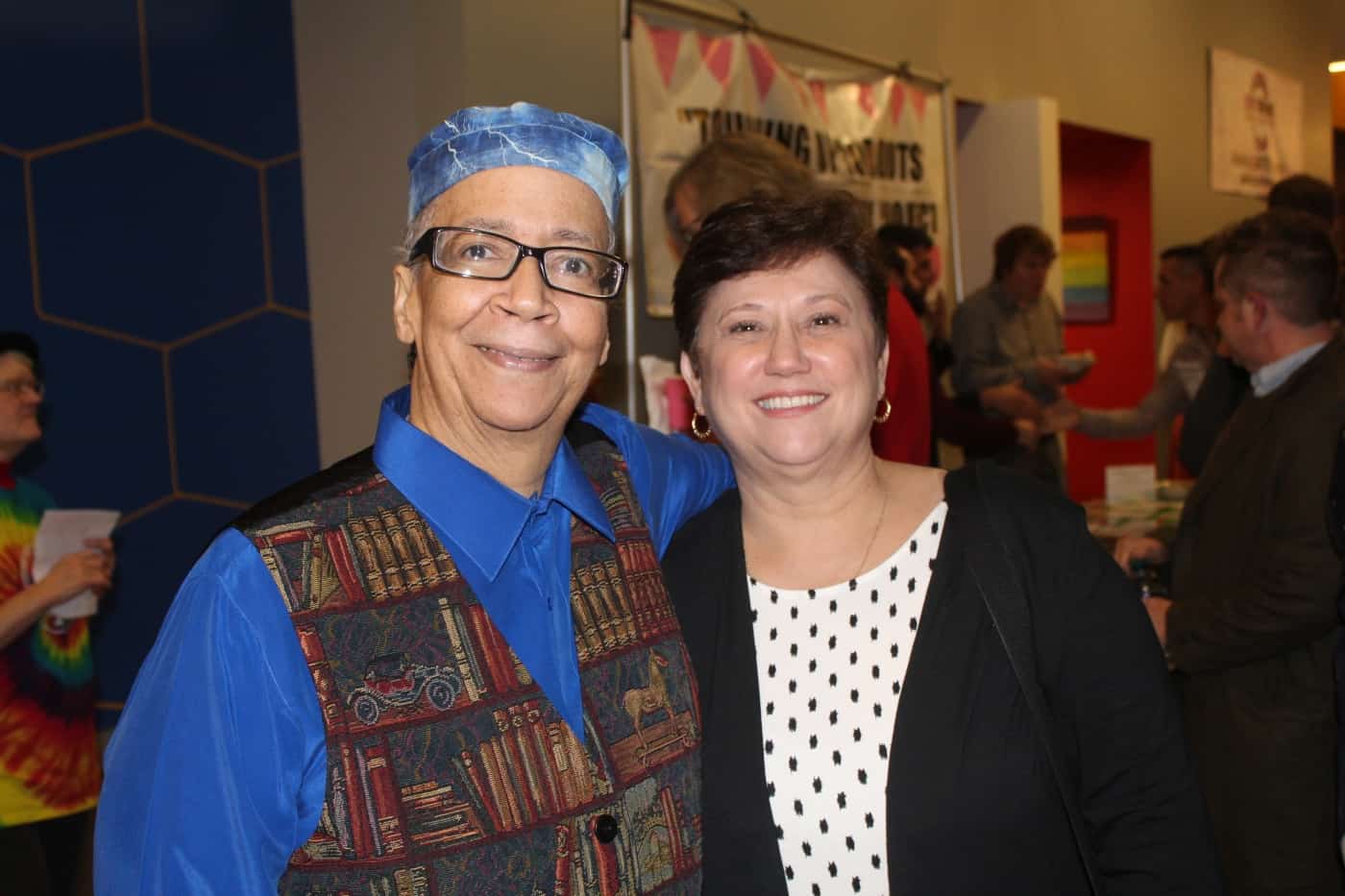 Out Front Theatre Company was the scene Wednesday night as Atlanta Pride and Touching Up Our Roots presented the 3rd Annual Our Founding Valentine’s, a tribute to Atlanta’s LGBT activists who paved the way for the community.

The event spotlights a different decade of activists each year, and this time up it was the ’90s, with honorees including Pat Hussain, who founded and led the Olympics Out of Cobb; Julie Rhoad, coordinator of the LGBT Welcoming Center at the ’96 Olympics; notable public health educator Craig Washington; activist and radio personality Betty Couvertier; and Lynn Cothren and Cheryl Summerville, known for their work on the protests against Cracker Barrel and workplace discrimination. Dennie Doucher, who helped found the Atlanta Lesbian Health Initiative and laid the groundwork for the Phillip Rush Center, will be posthumously honored.