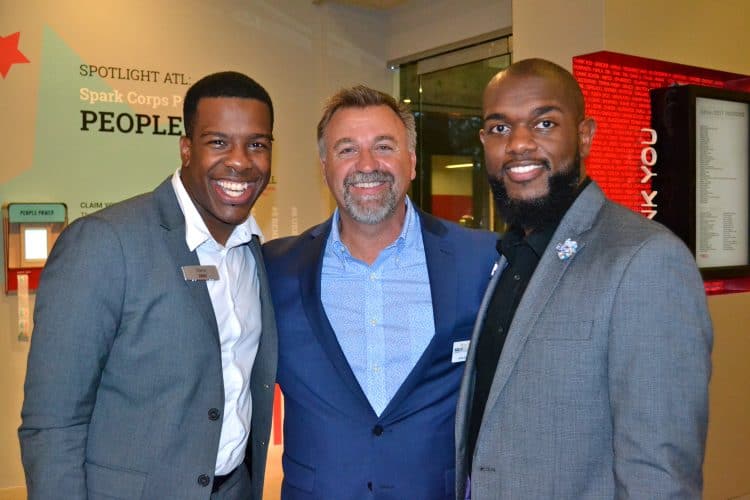 The Museum of Design Atlanta played host to the city’s LGBT community on Aug. 23, opening its doors to those nominated for the Atlanta Gay and Lesbian Chamber of Commerce’s Community Awards.

Nominees in the seven categories, including Georgia Voice, which is up for Small Business of the Year, mingled with AGLCC leadership and enjoyed hors d’oeuvres and choice beverages. The night’s signature drink was a sweet pineapple rum cocktail, and the chocolate fountain was a hit.

During the event, visitors were able to tour the museum and see the interactive Luba Lukova “Designing Justice” poster exhibit, on display through Sept. 3. Guests made posters of their own, told their own social justice issue story and took in their own meanings of the Bulgarian artist’s body of work.

The List party, sponsored by Gayborhood and Creative Approach, was also an opportunity for AGLCC members to collect donations for the Rising Star Award, which will be handed out at its winners banquet next month. Voting for the awards is open to AGLCC members through midnight on Aug. 24.