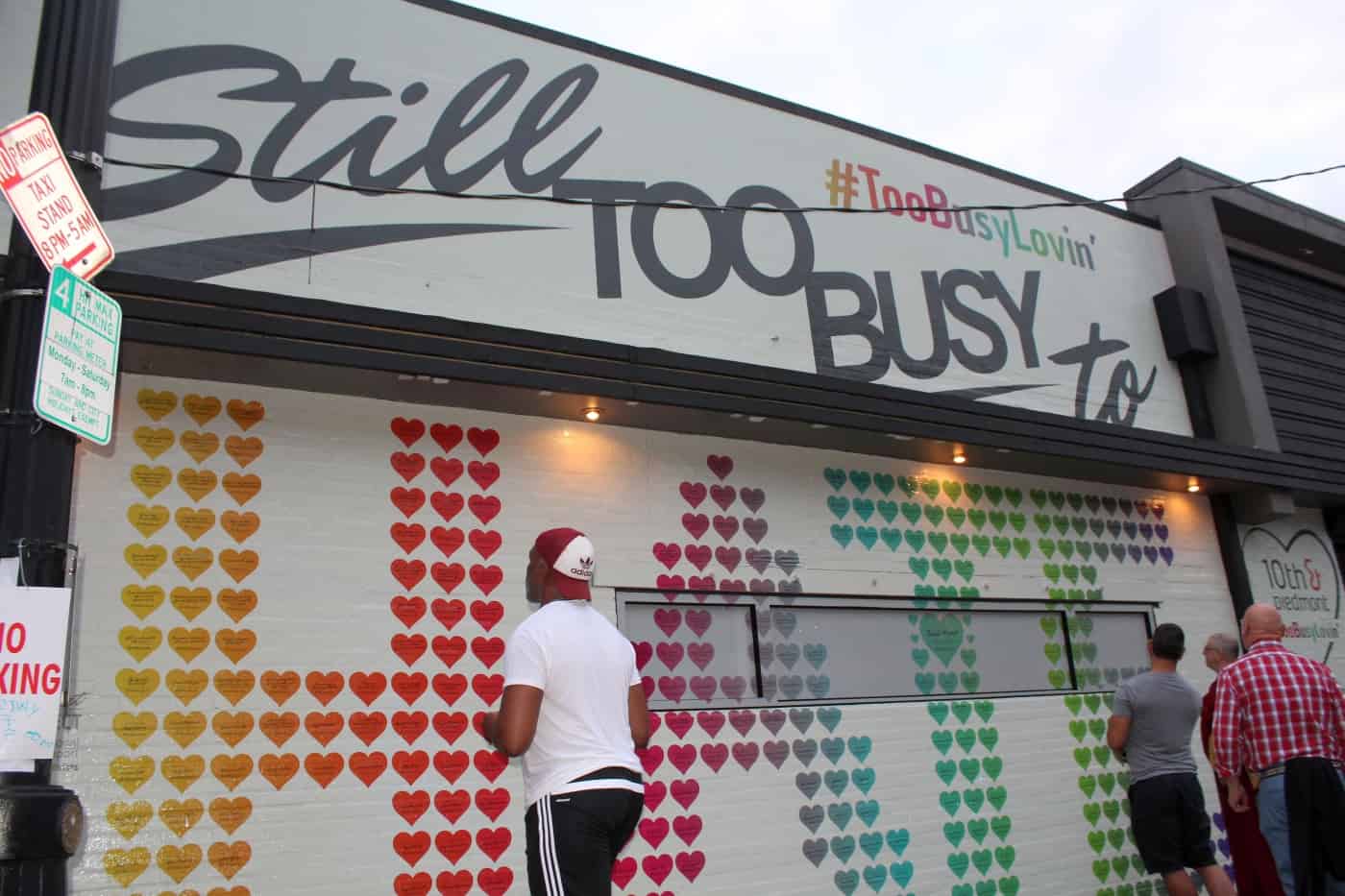 Atlanta LGBT nonprofit Rainbros unveiled a building wrap at the intersection of 10th Street and Piedmont Avenue on Saturday evening funded by donations from across the city. The wall in-between restaurants G’s and 10th and Piedmont now reads “Still Too Busy To Hate,” with the letters spelling “hate” filled with messages of love from the fundraiser’s donors. There is also a wall with the same message now on the south side of 10th and Piedmont in the Blake’s parking lot.

The project raised $11,400, which, minus $7,800 in expenses, will be split between local nonprofits Trans Housing Atlanta, Lost-n-Found Youth, Georgia Latino Alliance for Human Rights, The Link Counseling Center and The Atlanta Women’s Foundation.

During the unveiling ceremony, audience members were given cards each with the names and ages of the victims of the mass shooting in Las Vegas and others recently lost to violence, which they passed around a microphone to read off. Included in the names were Tee Tee Dangerfield, a trans woman who was murdered in a College Park apartment complex this summer, and Scout Schultz, the president of the Georgia Tech Pride Alliance who was shot and killed by campus police last month. Also present at the ceremony were the family members of Trinh Huynh, an Atlanta attorney gunned down in Midtown last spring. Family members became emotional upon seeing the extra large heart on the wall in honor of the late LGBT ally.