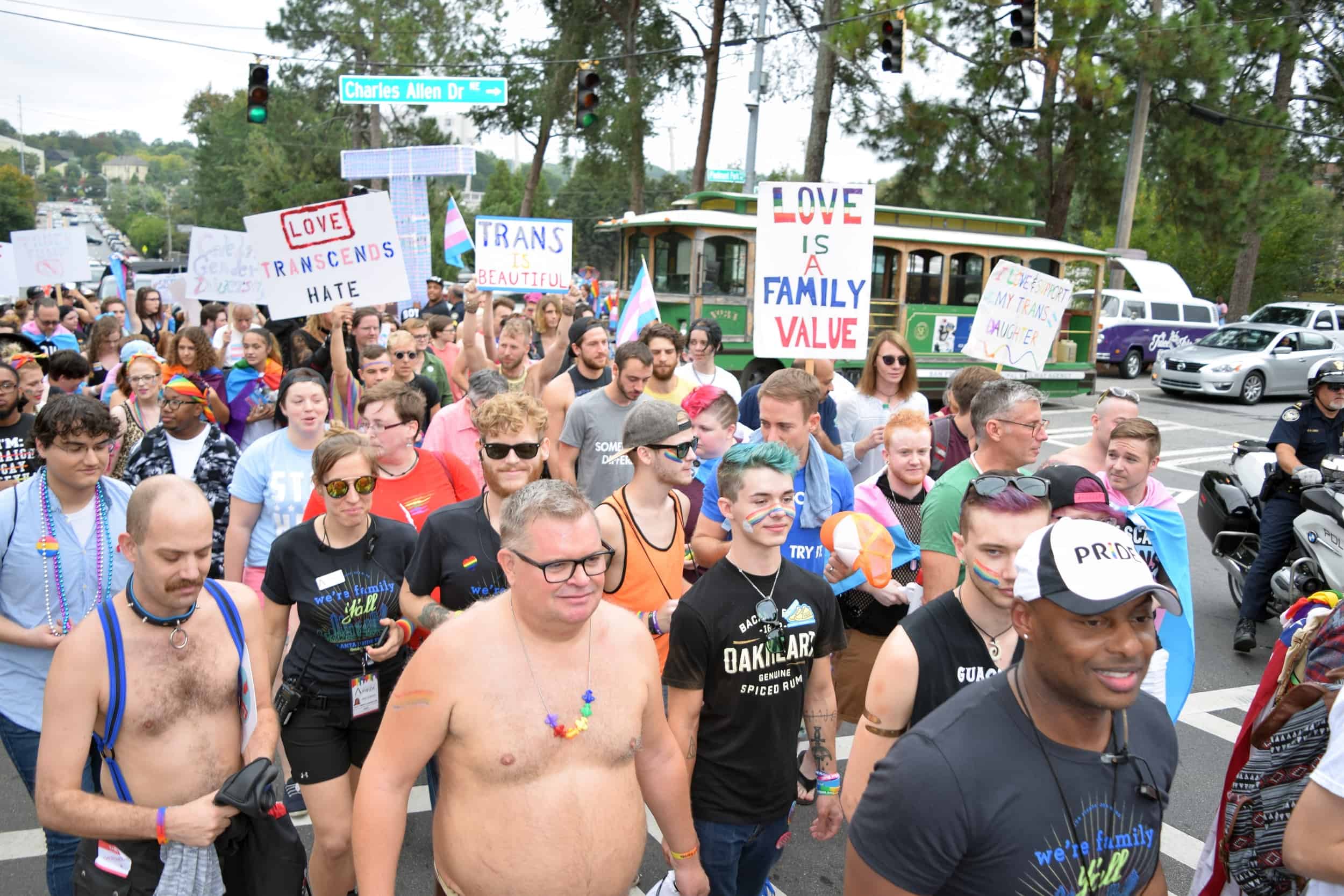 Before the masses descended on Midtown for 2017’s Atlanta Pride parade, several hundred took part in the more activism-centered Trans March and Dyke March on Saturday, Oct. 14. The Trans March stepped off from the Charles Allen Drive gate onto 10th Street in the early afternoon, moving through the rainbow crosswalks at the intersection of 10th and Piedmont, then north on Peachtree and back down 14th Street where they were met by anti-LGBTQ protesters who a number of counterprotesters tried to drown out with music and cheers (and the Pansy Patrol was on duty as always to try and block out the protesters’ signs). The Dyke March stepped off later that day, following the same route and ending up back on the west side of the park.