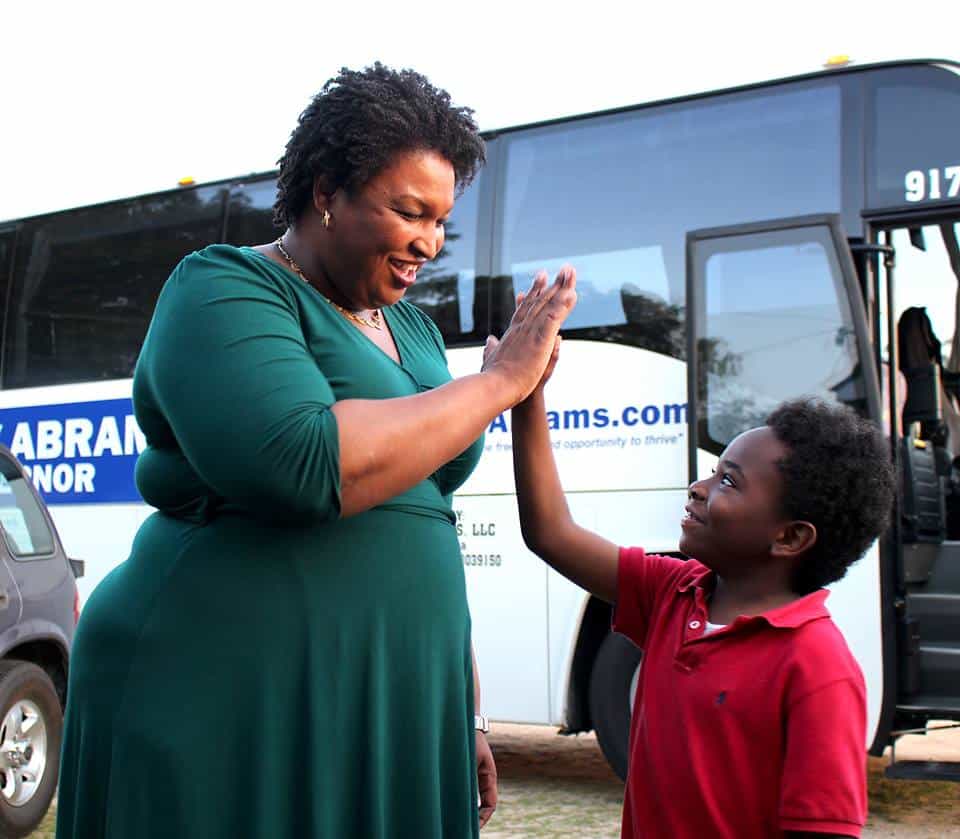 An Update from the Stacey Abrams for Governor Campaign

The campaign says it is committed to seeing every single vote counted in the state of Georgia.

Georgia saw a historic voter turnout, with 3.903 million Georgians voting this midterm – 1.336 million more than in 2014. Kemp is just 15,000 votes above the runoff threshold. 15,000 votes by mail ballots alone have yet to be processed.

Various sources, while they couldn’t make up the difference up individually, could together result in a runoff. These include 700 machines that were wrapped up and sitting in a Fulton County warehouse while AUC students were trying to vote, over 2,000 provisional ballots cast, over 1,000 rejected absentees, and thousands of potential votes that still need to be counted.

As long as Brian Kemp occupies his position as Secretary of State, he has a duty and responsibility to keep faith with the people who waited in line for more than 4 hours to cast their votes, and transparently proceed to make sure every vote is counted, said the campaign.

Representatives of the Abrams campaign further expressed its dedication to making sure all voices are heard.

“Georgia voters – who waited in line for hours in the cold with their children, got turned away or asked to vote a provisional ballot, who had more than 52,000 of their registration go unprocessed – deserve to have their votes counted after an election such as this that raised more questions than it answered.”