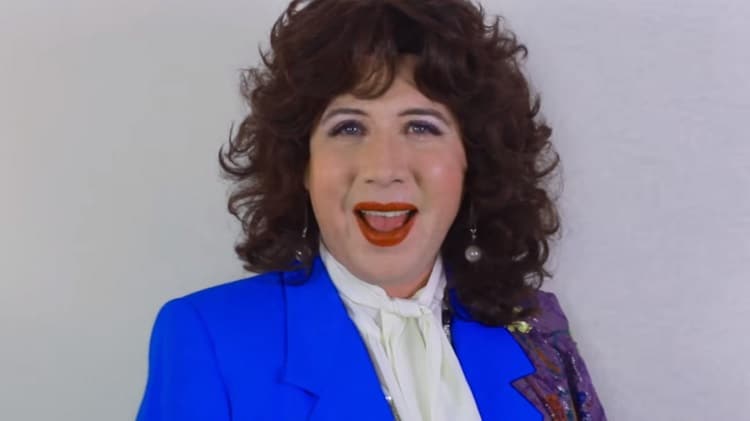 “Designing Women” creator Linda Bloodworth-Thomason has had just about enough of Donald Trump’s misogyny, especially after the Republican presidential candidate’s latest incident. So she reached out to gay Atlanta actor and playwright Topher Payne to bring his impression of the show’s Julia Sugarbaker (played by the late Dixie Carter) back to settle some scores, just as the businessman heads south for the South Carolina GOP primary on Feb. 20 and the SEC Primary on March 1. The result is a hilarious five-minute takedown of Trump in Julia Sugarbaker’s first original monologue in 23 years.

Eldredge ATL has the scoop:

The unexpected collaboration between Bloodworth Thomason and Payne began this week when Payne says he received an email from Bloodworth Thomason’s office. When he clicked open the attached document, he was staring at the first new Julia Sugarbaker monologue in more than two decades. As the Process Theatre “Designing Women Live” performances at OnStage Atlanta have grown into an annual sold-out event in Atlanta over the years, the sitcom’s creator and Payne have occasionally communicated, with the writer- producer giving her blessing to annual homage, sending along original mimeographed scripts for the Atlanta actors to use (she even bestowed upon Payne the oversized 1980s era black frames Dixie Carter once wore as Julia).

And it might not be the last time you see Julia in action.

Now that “Designing Women” is flexing its “pretty” muscle again, The Donald should probably watch his back. When asked if the world can expect any further dispatches from Atlanta’s tony 1521 Sycamore Street address, Bloodworth Thomason laughed, “Who knows? We’ll be keeping an eye on him. It’s kind of a sweet thing to have something like this in your back pocket. Beyonce has her Sasha Fierce. And I have my Julia Sugarbaker.”

Payne, a former Georgia Voice columnist, will be back with the latest run of “Designing Women Live!” at OnStage Atlanta April 1-10.

Here’s Payne as Sugarbaker explaining to the Donald the power of the, well…we’ll let Julia explain, but you might want to turn the volume down if you’re at work.