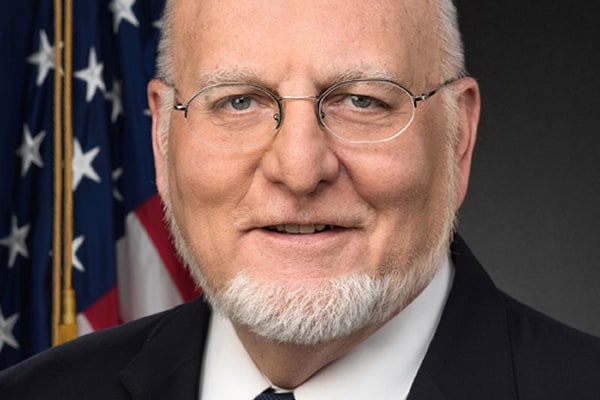 CDC Chief on Anti-Trans Memo: Stigma ‘Not in the Interest of Public Health’

President Trump’s own director of the Centers for Disease Control & Prevention pushed back Tuesday on the reported memo within the administration seeking to eliminate federal protections for transgender people, according to the Boston-based STAT news life science website.

Although Robert Redfield reportedly declined to criticize the proposal restricting the definition of “sex” under federal law to biological gender, the CDC director suggested the plan would heighten stigma for transgender people.

“We need to understand that stigmatizing illness, stigmatizing individuals is not in the interest of public health,” Redfield was quoted saying.

According to STAT, Redfield made the remarks in an interview with the publication’s executive editor Rick Berke at the Milken Institute’s Future of Health Summit, which is taking place this week in D.C.

Redfield reportedly said he wasn’t responsible for drafting the policy, which was first reported by the New York Times on Sunday and ignited a firestorm among transgender advocates who say the plan would rollback transgender rights established in the Obama administration.

According to the New York Times, the Department of Health & Human Services is responsible for the drafting the anti-trans memo. In a report Monday, the Washington Post reported officials in the Education Department are seeking to push back on it. Meanwhile, President Trump vaguely told reporters Monday his administration is looking at “different concepts” on transgender rights.

Redfield reportedly continued to talk broadly about stigma is harmful and said it interferes with treating diseases, including the opioid epidemic facing the United States.

Although HIV/AIDS continues to have considerable stigma, Redfield said that stigma is “nothing compared to what we’re confronting with drug use.”

According to STAT, the opioid epidemic is personal for Redfield, who has a son who’s been in recovery for drug use for three years.