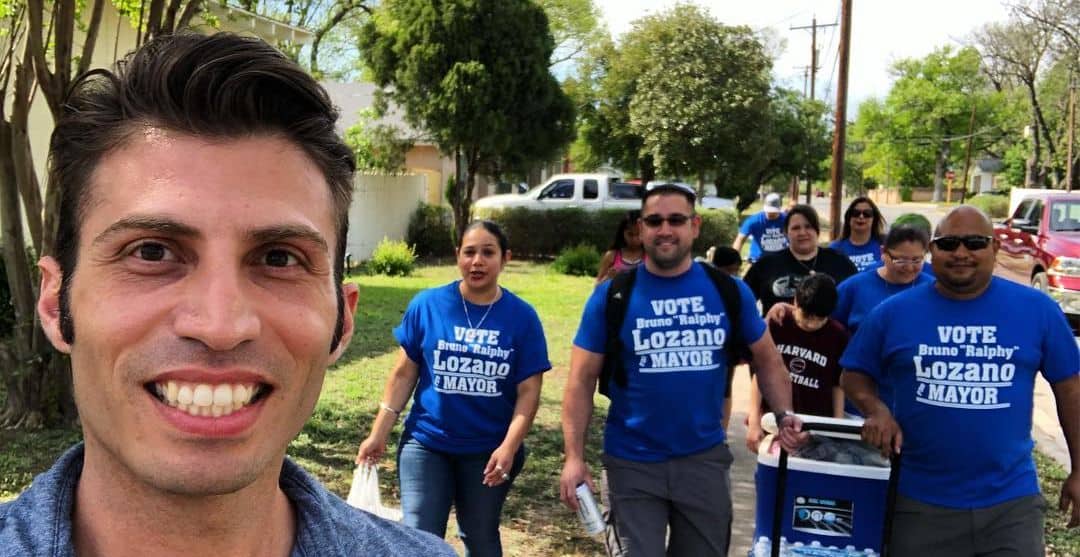 Bruno “Ralphy” Lozano, 35, has been elected mayor of Del Rio, Texas, in a landslide. Lozano defeated incumbent Robert Garza, who had served in the position for four years.

Del Rio, a city with population of 40,000, sits on the Texas-Mexico border.

Pink News described Lozano as “a gay man who wears heels.” He wore them during last year’s veterans parade. Earlier in his career, Lozano served as a security forces patrolman in the United States Air Force.

With the successful conclusion of this campaign, and his election to office, Lozano has become Del Rio’s first elected official who is openly gay.

He also achieves the distinction of becoming the city’s youngest mayor.

Despite the occasional homophobic response on social media, for the most part, Lozano said, he has been embraced the public.

Lozano’s campaign features a public statement of his sexuality. During his campaign, Lozano ran on a platform of public opposition to Donald Trump.

The President began his campaign by attacking border town and immigrants. The current administration continues this line of policy, saying border towns are cesspools of violence. Lozano denounced this rhetoric.

“It is time for new ideas and new visions of the future. It is time the next generation takes action and get involved in local politics,” Lozano told Conexion Del Rio.