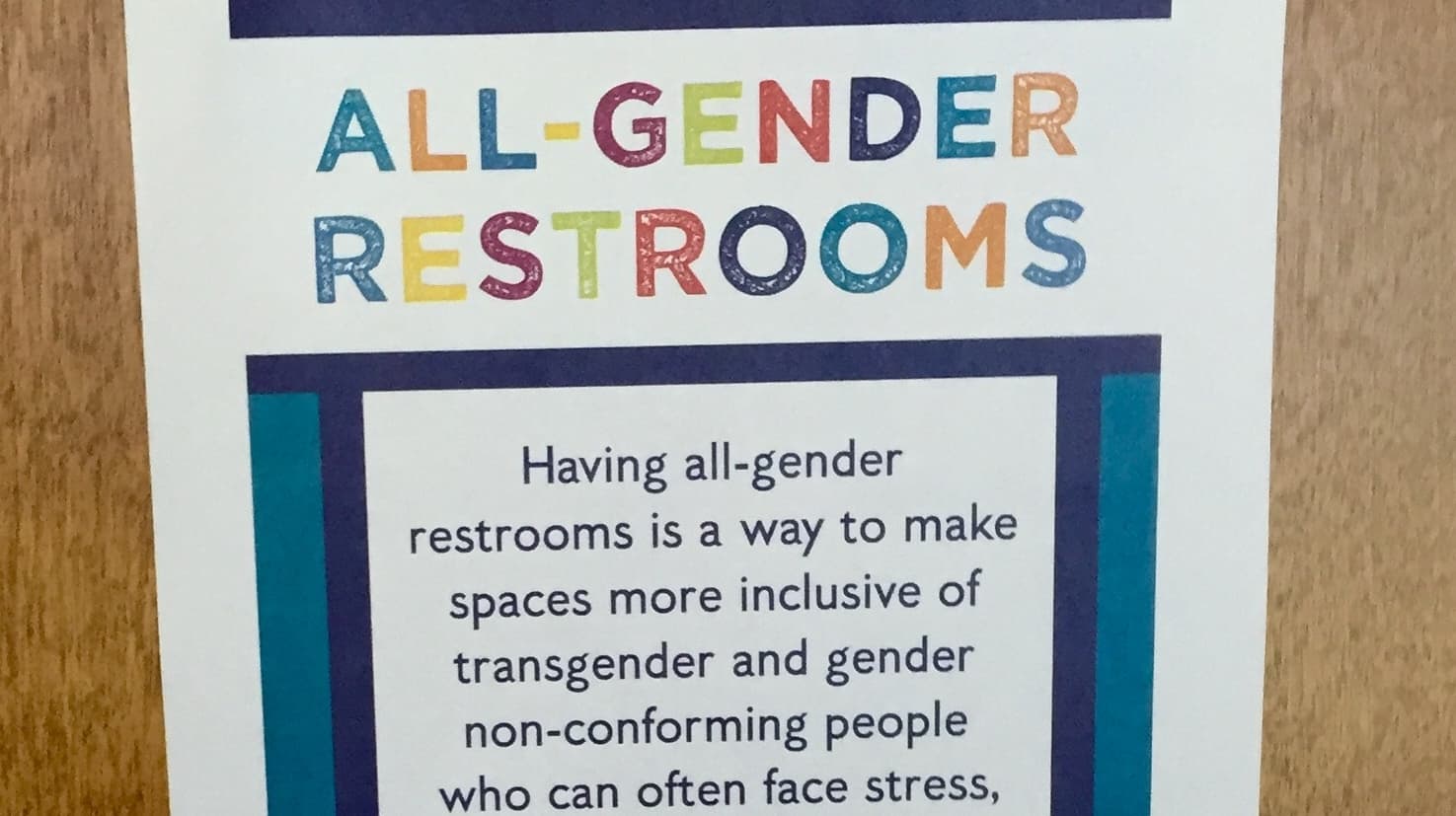 From the 2016 LGBT In The South Conference in Asheville, North Carolina in March. (File photo)

A group of Republicans in Georgia’s Senate are calling on Gov. Nathan Deal and Attorney General Sam Olens to file a federal lawsuit to block the White House’s directive to public schools over transgender bathroom rules. The request came in the form of a letter sent to Deal and Olens Monday and signed by about two dozen GOP state senators.

The letter follows mounting criticism from Republican leaders across the state, including word that state Sen. Josh McKoon (R-Columbus), author of controversial so-called “religious freedom” legislation the last three years, plans to introduce a bill in next year’s session that will allow Georgians to sue the government if someone is “victimized” in a bathroom.

From the letter, per the AJC:

We are hearing reports where this open-door policy has been implemented, that voyeurism and sexual exploitation have occurred. Sexual assaults will not be far behind. Predators will seize the opportunity to pretend to be transgender in order to gain access to women’s locker rooms, bathrooms, and dorms. What kind of scars will result for girls who are exposed to this type of abuse?

The letter’s authors devote a large chunk of the letter quoting from the American College of Pediatricians, who in their words, “reject all policies that condition children to accept as normal a life of chemical and surgical impersonation of the opposite sex.” The ACP also opposes adoption by same-sex couples, has shown support for “conversion therapy,” and has been labeled an anti-LGBT hate group by the Southern Poverty Law Center.

Deal and Olens have yet to take action on the matter since the president’s directive was issued last Friday.

Here’s the entire text of the letter:

We understand that the Obama administration has issued a federal directive to our local schools under the guise of Title IX enforcement. Though we recognize that this directive does not carry the force of law, it does imply the potential loss of Title IX funds if schools do not comply. In addition, local schools that do not abide by the federal guidelines on transgender students could be targeted for lawsuits.

As we should know by now, the social engineering goals of the Left are designed to destroy our constitutional system of federalism in order to grow the power of the federal government in all aspects of our lives. This latest intrusion comes at the cost of our children and goes against all common sense, modesty, and nature itself.

This federal directive endangers children in various ways. First, it destroys all expectations of privacy in the restroom, locker room, and dormitory. Immediate and long-term consequences will follow. Unfortunately, the ones most likely to be victimized will be the girls in our schools. We are hearing reports where this open-door policy has been implemented, that voyeurism and sexual exploitation have occurred. Sexual assaults will not be far behind. Predators will seize the opportunity to pretend to be transgender in order to gain access to women’s locker rooms, bathrooms, and dorms. What kind of scars will result for girls who are exposed to this type of abuse?

Beyond the critical issue of student safety is the broader issue of privacy and decency. Most Georgia parents try to instill in their children respect for natural modesty around members of the opposite sex. The federal government is now dictating that the schools override these teachings, and instead inculcate in students the demonstrably false and harmful philosophy that there are no natural differences between the sexes and that any common-sense recognition of those differences is somehow discriminatory. No government has the right to confuse children by teaching them to disregard reality.

We already see that students and parents in Illinois have filed suit against federal Executive Branch officials and Township High School District 211 for its implementation of this directive. The plaintiffs state that it has created “an intimidating and hostile environment” for female students. They experience “embarrassment, humiliation, anxiety, intimidation, fear, apprehension, stress, degradation, and loss of dignity” due to the constant awareness that anytime they use the restrooms or locker rooms that a biological male could be present with them while they are in a state of undress or attending to their private bodily needs.

Aside from the fact that we do not want to create a hostile and potentially dangerous environment for the girls in our schools, we also do not want to put parents in a position where they will be compelled to sue federal Executive Branch officials and local school systems. The State of Georgia must step in to shield our students from harmful federal policies.

We are also concerned that this directive flies in the face of accepted medical science. The American College of Pediatricians (ACP) urges us to “reject all policies that condition children to accept as normal a life of chemical and surgical impersonation of the opposite sex.” Yet, this new federal directive sets in place the very pattern that would lead these children to eventually seek out such chemical and surgical methods.

The ACP states, “When an otherwise healthy biological boy believes he is a girl, or an otherwise healthy biological girl believes she is a boy, an objective psychological problem exists that lies in the mind not the body, and it should be treated as such. These children suffer from gender dysphoria.” The fulfillment of the desires of gender dysphoria significantly increases the risk of suicide. According to the ACP, “Rates of suicide are twenty times greater among adults who use cross-sex hormones and undergo sex reassignment surgery, even in Sweden which is among the most LGBQT- affirming countries.” The good news, however, is that the Diagnostic and Statistical Manual of Mental Disorders states that “as many as 98% of gender confused boys and 88% of gender confused girls eventually accept their biological sex after naturally passing through puberty.”

Friday’s disturbing letter to our local schools essentially endorses gender dysphoria as “normal.” According to ACP such policies “confuse children and parents, leading more children to present to ‘gender clinics’ where they will be given puberty-blocking drugs. This, in turn, virtually ensures that they will ‘choose’ a lifetime of carcinogenic and otherwise toxic cross-sex hormones, and likely consider unnecessary surgical mutilation of their healthy body parts as young adults.”

The policy of this state has always been to protect its citizens, especially our most vulnerable such as children, from abuse. Unfortunately, this new federal policy is increasing the risk for injury to unsuspecting and innocent girls in our schools. Furthermore, as stated by the ACP, “Conditioning children into believing a lifetime of chemical and surgical impersonation of the opposite sex is normal and healthful is child abuse.”

As a state, we would never embark upon such policies like this. In fact, we do all that we can to protect children. For example, we ensure that children wear seatbelts. We do not allow them to drink alcohol or buy cigarettes until they are 21. We provide significant penalties for those who use children in sex trafficking. We remove children from the custody of those who abuse them.

The federal Executive Branch has now assumed the role of the abuser by threatening the safety and welfare of the children of the State of Georgia. We cannot be complicit in this abuse by being complacent. We must be proactive to come to the defense of our children.

We urge that you take immediate action on at least two fronts. First, we urge you to file suit against the Executive Branch of the federal government for overreaching its constitutional authority. Title IX does not include “gender identity,” and federal bureaucrats have no constitutional authority to declare that the law covers these situations. Second, we urge you to send a letter to every public school and public institution of higher education in our state to assure them that the State of Georgia will defend them against any lawsuit that may result from not complying with this federal directive.