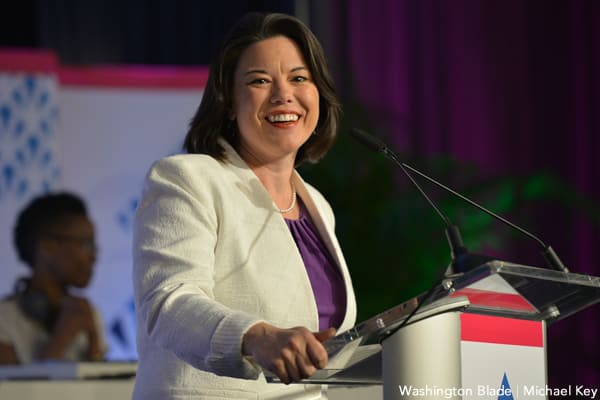 A lesbian candidate running for a U.S. House seat in Minnesota has unseated an anti-LGBT lawmaker from the U.S. House, making her poised to become the first openly gay mother in Congress.

Lewis has an anti-LGBT history as a radio host before he came to Congress, according to a Buzzfeed News report. In 2013, Lewis said gay rights activists were “shredding the Constitution,” and same-sex parents “could harm the kid.” Lewis further argued singling out gay couples with discriminatory marriage bans was acceptable, just as rapists and speeding drivers could be targeted by criminal laws.

“Angie will bring a unique and important perspective as the only openly LGBTQ mother in Congress, and her presence will humanize our lives and families for her congressional colleagues,” Craig said.

It was Craig’s second attempt at running for the seat. Craig made an earlier attempt in 2016, but came up short in the year in which President Trump was elected to office.