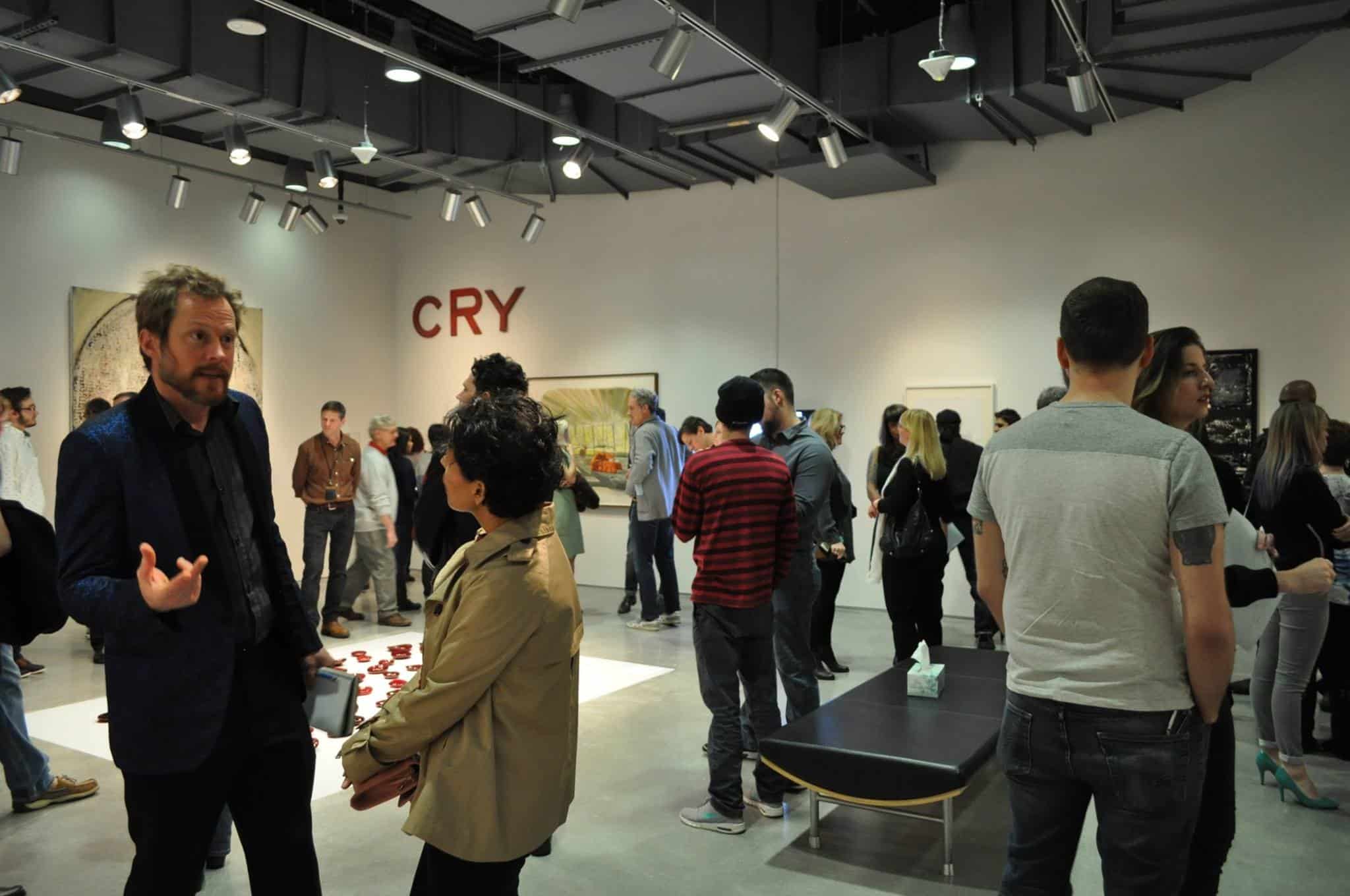 A trio of Republican lawmakers in Cobb County are up in arms about an AIDS exhibit at Kennesaw State University. “Art AIDS America” has been on display at KSU’s Zuckerman Museum of Art since Feb. 20 and closes on Sunday.

State Rep. Earl Ehrhart (R-Powder Springs), who chairs the Georgia House committee that funds universities, called the exhibit “sickening” and “a blatant political statement” and threatened the school about having such exhibits in the future, according to the Marietta Daily Journal.

“I’m going to make it real clear, let’s just put it that way. I had a lot of success in getting Tech’s attention in spending taxpayer money on ridiculous things,” said Ehrhart, referring to his criticism of how the Georgia Institute of Technology handles accusations of sexual assault. Ehrhart said when Georgia Tech ignored his requests, he eliminated the university’s request for a $47 million building.

Ehrhart also criticized KSU art professor Robert Sherer, who is known for using unconventional media like HIV-positive blood and whose work is featured in the exhibit:

Ehrhart said painting with infected blood should be against the law.

“I mean, you could infect somebody and kill them with that. Why don’t we just paint with the Ebola virus?” he said.

And he capped it off by saying “a fully loaded porta-potty would be a better artistic expression” than the exhibit at Kennesaw State.

And then there’s state Sen. Lindsey Tippins (R-Marietta), who is chairman of the Senate Education Committee and who had a problem with the framed pieces of soiled underwear in the exhibit:

“Typically, communities send their garbage to the dump and dispose of their body waste at the local sewage treatment plant,” Tippins said. “KSU has chosen to celebrate and elevate it to an ‘art’ exhibit. Trash is trash. I think it speaks for itself.”

“Making this kind of trash publicly undermines the otherwise great work that’s happening at Kennesaw State University and makes it much more difficult for those who love the university to talk about the great things that are happening there,” Setzler said Thursday. “I think this sadly trivializes the very serious issue of AIDS, which is something that we as a nation are committed to dealing with in a serious way.”

Donna Krueger, owner of dk Gallery on Marietta Square who serves on the museum’s board, jumped to the defense of the exhibit, telling the Marietta Daily Journal that “all art by nature is provocative and meant to evoke emotion.” She also said the intention of the exhibit is to further the awareness of AIDS and the art community’s response to the epidemic since the 1980s.

“The emotions that art provokes are going to be different for every person just like the opinion of the worthiness of any one single piece,” Krueger writes. “Everyone has an opinion. Art in any setting means one thing to one person and brings another meaning to another. That’s not bad. That’s good! That’s what brings community together.”

Sherer told the Marietta Daily Journal that KSU students and faculty have embraced the exhibit and that the school was lucky to get it since the High Museum of Art wanted it.

The exhibit “put KSU on the national map as far as high cultural arenas are concerned,” Sherer said. “It’s sad now that there’s a small group of busy bodies who are looking for something to get upset about to have focused their attention on that exhibition.”

Sherer also called the Republican lawmakers’ criticism narrow minded and politically motivated, since the exhibit calls out President Ronald Reagan (whose inaction on the epidemic cost countless lives), conservative Sen. Jesse Helms (who suggested a quarantine of the infected), conservative godfather William F. Buckley, Jr. (who defended Reagan) and televangelist Jerry Falwell (who suggested the disease was a punishment from God).

“When they go to that exhibition it becomes very, very clear when one sees it that if the powers that be, and, of course, I mean like Reagan and Bush and what not, if those fellows had back in the early days of it realized that it was a virus — a virus doesn’t know what your sexuality is. It’s a virus,” Sherer said. “And if they had seized the opportunity with that and had been much more proactive and put some money up front, they would have greatly decreased the spread of it. But because they thought at the time that it was a disease that only killed gay men, and they were all perfectly OK with that, they allowed it to spread. It wasn’t until AIDS started ravaging in the heterosexual community that they started to pay attention to it, and by then it was too late, it was running rampant.”

Kennesaw State’s Zuckerman Museum of Art is the only Southern stop on the exhibit’s national tour. It is scheduled to close on Sunday.