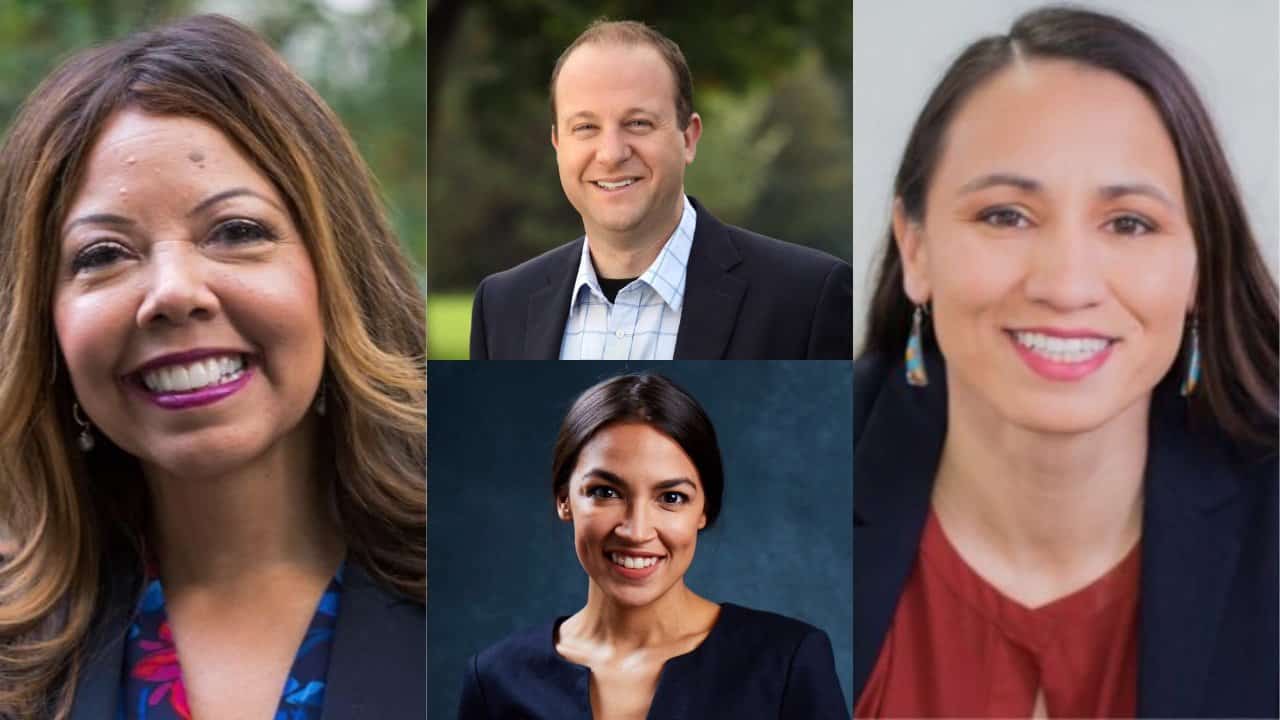 The Popular Vote in Diversity: Meet Some of 2018’s Legislative Heroes

The 2018 midterm elections yielded several diverse candidate selections that will most certainly put LGBTQ rights at the forefront in politics across the nation. The “blue wave” pummeled states across the South and Midwest where openly gay and lesbian politicians took home victories. This year’s election has transformed Washington, D.C. into a medley of varying ethnicities, genders, and sexual orientations. It’s quite the different outcome from the 2016 election, and now it’s a chance to seize an opportunity for change.

Over 40 million Americans cast their votes, a stunning 32 percent increase from those who hit the polls in the 2014 midterm elections, according to Michael McDonald, Director of the University of Florida Elections Project. Among those, youth voter turnout in 12 states including Georgia doubled from the previous midterm election, giving Democrats the ﬁnal edge.

The House of Representatives turned blue with many incumbents holding their seats, but new members are changing the conversation, giving their constituents hope that a bipartisan effort will result in legislation to serve citizens from all backgrounds. Here are some of the trailblazers taking politics by storm:

“We’ve sent a strong message to the entire country,” McBath tweeted Thursday after Rep. Karen Handel conceded. “Absolutely nothing — no politician & no special interest — is more powerful than a mother on a mission.”

Lucy McBath defeated Republican incumbent Karen Handel in the 2018 elections by just under 4,000 votes. She’s Georgia’s very own activist for social justice, focusing on safety reforms that will beneﬁt every American. She is the mother of Jordan Davis, a teen who was shot to death at a Jacksonville, FL gas station by a man who was opposed to him and his friends playing of loud music. The shooter used the Florida stand-your-ground law as a defense and wasn’t convicted of murder until his retrial. McBath has dedicated her life to community activism, emphasizing the importance of political engagement. She hopes to prevent the senseless killings of young black men with increased gun-control policies.

“It ﬁlls me again with hope when I remember that we are only the ﬁrst in what will be a long line of openly LGBTQ legislators, people who come to serve our country rightfully and with the respect they deserve,” said Jared Polis on CNN. “Each time we encounter injustice is an opportunity to be uncompromising, to prove a point, to not back down, but to pave the way.”

An entrepreneur and philanthropist, Polis is the ﬁrst openly gay man ever to be elected as Governor of a U.S. state. He’s a Colorado native and has served as the U.S. Representative for Colorado’s 2nd congressional district since 2009 and as a former member of the Colorado State Board of Education. Polis supports legislation that would ban conversion therapy for youth in Colorado and ease the process by which transgender individuals can change their gender marker on their birth certiﬁcates. Polis and his partner, Marlon Reis, have been together for six years, and have a son and daughter together.

“I am honored to be a part of this time in history when so many new voices are being included in our national discussion,” said Sharice Davids in a Facebook post after being elected.

She’s one of the ﬁrst Native American women elected to Congress, and ready to make her mark in the House. Davids is a member of the Ho-Chunk Nation, a Native American tribe in Wisconsin, and is openly lesbian. She is also the ﬁrst openly gay person to represent the state of Kansas in Congress. Davids campaigned for affordable healthcare and quality public education while calling out gun violence and tax credits. She’s voiced her support for abortion rights and expansion of Medicare. Educated at the University of Missouri-Kansas City and Cornell Law School, she previously served as an attorney. Outside of politics, she is also a former professional mixed martial artist, beginning in 2006 and going professional in 2013.

“Accept that you will be criticized no matter what – that is the price of ﬁghting for change and innovation,” said Alexandria Ocasio-Cortez on her Instagram page. “I consider constructive criticism a blueprint for improvement and a medicine for ego.”

At 29, she is the youngest woman elected to Congress. A Bronx native of Puerto Rican descent, she previously served as an educator for the nonproﬁt National Hispanic Institute which works to develop and implement Latino leadership within communities. As a member of the Democratic Socialists of America, her agenda involves progressive policies such as Medicare for all, tuition-free public college, ending privatization of prisons and gun-control policies.

She is an avid supporter of the LGBTQ community, advocating for legislation such as the Equality Act which would make discrimination by sexual orientation or gender identity illegal. She also says more must be done to provide affordable healthcare coverage LGBTQ patients.