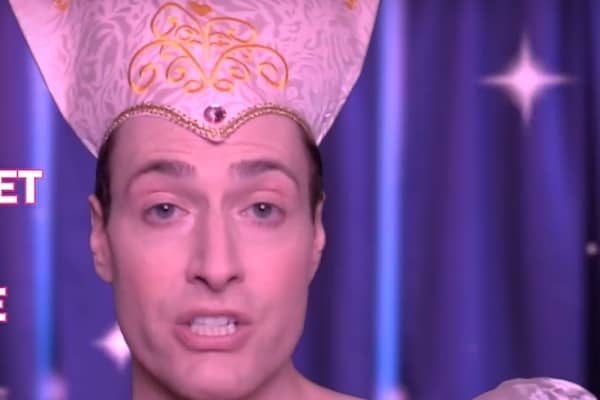 Watch: Randy Rainbow Urges You to Vote in ‘Wicked’ Parody

Randy Rainbow wants you to vote.

The YouTuber known for his political musical parodies has taken on everyone from Brett Kavanaugh to Kellyanne Conway but now he’s focused on the midterm elections.

The video begins with Rainbow interviewing Trump about the midterms. About a minute into the interview, Rainbow tunes out of Trump’s talk and launches into a parody of “What is This Feeling” from the Broadway musical “Wicked.”

“What the hell’s up with the country today / I feel like packing and running away / it’s very scary / and super strange it / makes me feel weary / how can I change it?” Rainbow sings. “Think I found a fix / on November 6 / I’ll be voting,” he continues, before replicating himself and harmonizing at White House Press Secretary Sarah Sanders. Rainbow even give us his best no-nonsense Glinda while singing “Don’t forget to cast your vote – bitch.”