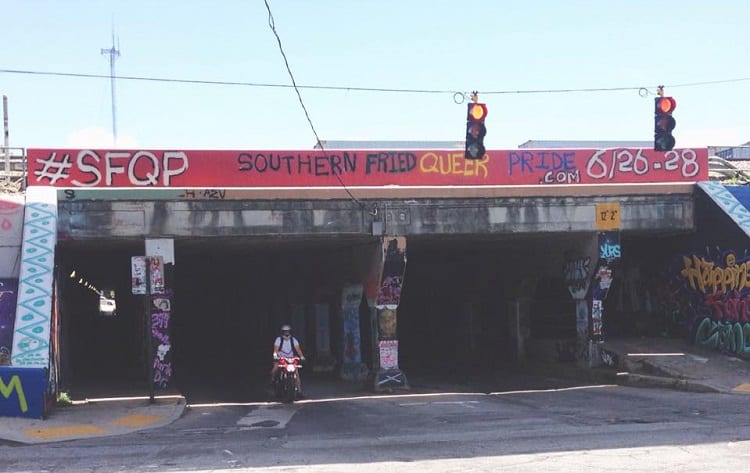 A new option to celebrate your Pride is on the LGBT scene in Atlanta and it goes by the name Southern Fried Queer Pride. The group has what they’re calling a queer culture Pride festival lined up this weekend to kick things off.

The three-day festival taking place June 26-28 will include a cookout for queer and trans people of color, dance party, field day, workshops, variety shows and more.

The initial discussions about Southern Fried Queer Pride began a year-and-a-half ago according to Taylor Alxndr, one of the event organizers and a founder of Queer Up Atlanta. Local artists and other activists then began laying the groundwork for what’s to transpire later this month.

“SFQP was born out of a need of representation and inclusion,” Alxndr says. “We wanted to build a festival all about intentional intersectionality and celebrating being queer and trans and Southern. Too often mainstream LGBT media typifies the South as this dangerous place where queer and trans folks can’t prosper. That sometimes smothers the vibrant community that proudly exists here. We wanted to put on a festival that screamed, ‘We’re here! We’re queer! We’re from the South! And we’ve got a lot of mouth!’”

Organizers plan on making SFQP an annual event, which will be 100 percent community funded so they depend on donations, sponsorships and fundraisers.

Check out the event lineup below: