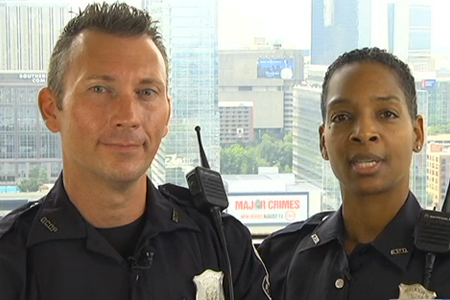 The Atlanta Police Department has released a public service announcement for those attending Black Gay Pride, offering tips on how to stay safe during the Labor Day weekend celebration.

The APD is also hosting a safety seminar for the public but specifically targeting issues faced by the LGBT communities on Friday, Aug. 24, from 7:30-9:30 p.m. at Saint Mark United Methodist Church.

Tips on staying safe as shared in the PSA:

• Be responsible when consuming alcohol. Don’t leave drinks unattended and don’t let strangers take you home or walk you to your car.

In 2010, Black Pride organizer Durand Robinson of Traxx Atlanta was shot and killed Aug. 25, days before the festival began. The crime remains unsolved.

Also in 2010, two young Black Pride attendees were shot and killed in an apartment. A suspect was arrested and charged with their murders in April 2012.

Police do not think the shootings were hate crimes.

Atlanta Black Pride is one of the largest such festivals in the nation, bringing tens of thousands to the city for parties, cultural activities and the popular Sunday in Piedmont Park.

This year, club promoters and community organizations are pooling their resources for the first-ever organized Pure Heat Community Festival in the park on Sept. 2.

No offense to the APD, but we still love the video made in 2010 by Drama Dupree and Tron on the “10 ‘unofficial’ rules for Black Gay Pride.” These are some real rules to follow to stay safe and still have a good time.