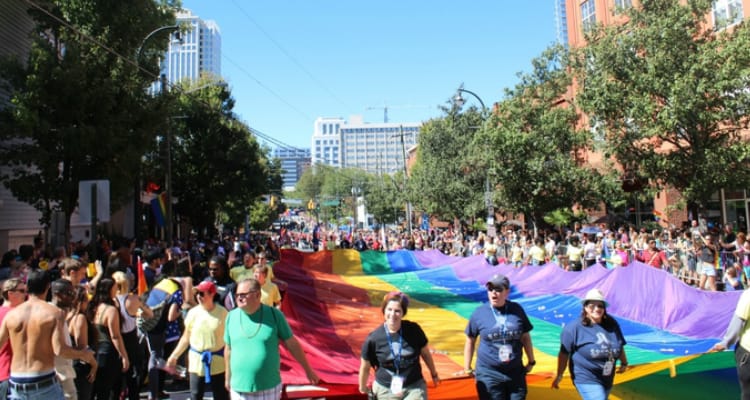 “The grand marshal position is primarily a way for us to recognize people in the community for work they’re doing or work they’ve done,” said Jamie Green-Ferguson, executive director of Atlanta Pride Committee. “This is a way we can say thank you to people who give their time, their resources, to really fight for our community and who need help. It’s also a way to bring visibility to causes.”

Individuals are invited to submit nominations through the Atlanta Pride website. Nominations are narrowed down based on eligibility, then voted on to determine the final group. There aren’t many eligibility requirements — grand marshal nominees must live in Georgia, and they cannot have previously been a marshal for the same work. For example, if a nominee was chosen last year and worked with homeless youth, they could not be selected in 2017 for that same volunteer history.

Grand marshals also must identify as being part of the LGBT community, but that’s a loose definition.

“In the past we’ve had straight allies who are very involved in fighting for equality, or straight parents of queer kids,” Green-Ferguson said.

The grand marshals’ job is more honorary than anything else. They will be formally recognized in June, give interviews and participate in the 2017 Atlanta Pride parade. Green-Ferguson said grand marshals can choose to speak from the stage during Pride events if they wish.

“Grand marshals can be individuals, they can be a group. We have also done some posthumous awards,” Green-Ferguson said. “We have a slate of grand marshals that’s intended to be diverse.”