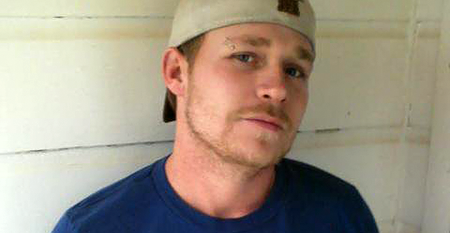 Four months ago, 29-year-old Lee Thompson moved back to his hometown of Milledgeville, Ga., where he grew up with his two brothers. After moving around the last few years, most recently living in Birmingham, Ala., Thompson was looking forward to settling back into a familiar environment.

But things are a little different these days.

“I was at the Wal-Mart in Forsyth, getting ready to check out. And this woman kept following me, like it was obvious she was following me. Finally, I turned to her and said, ‘Ma’am, can I help you with something?’ and she said, ‘Can I ask you a question?’ I told her if her question was if I’m Uncle Poodle, yes I was. She said, ‘Can I get my picture with you?’, and she was so excited, she said her husband wasn’t gonna believe it. That’s how it goes now.”

That’s how it goes because Thompson’s eldest brother, Mike, is now best known as “Sugarbear,” the patriarch of the blended family featured on TLC’s “Here Comes Honey Boo Boo.” The series centers on the home life of 7-year-old pageant contestant Alana Thompson, originally seen on an episode of the network’s infamous “Toddlers and Tiaras.”

“Okay, here’s how ‘Uncle Poodle’ happened. We were at practice one day, getting ready for a pageant. Her coach was talking about her gay friends, and she said, ‘I love all my poodles.’ Alana thought she was really talking about dogs. She wanted to know how many poodles she had, and what were their names,” Thompson says. “And I said, ‘No, Alana, she’s talking about gay people.’ Well, that did it. All gay people are poodles to her now, and I’m her number one poodle.”

This sheds new light on Alana’s comment during an appearance on Anderson Cooper’s talk show. She called Cooper a “very nice poodle.”

“Oh my god, and he wasn’t even out yet!” says Thompson. “I about died. Then about a month later he came out. Not bad gaydar for a 7-year-old… but, well, look who she learned it from.”

“Honey Boo Boo” has grown into a pop culture phenomenon. Joel McHale features clips on “The Soup.” Tina Fey watches episodes alongside the “30 Rock” writers. Britney Spears and Ke$ha post quotes from the show on Twitter. Rosie O’Donnell compared Alana to Shirley Temple and wants to buy the family a house.

Alana and June have been lampooned on “Saturday Night Live,” “Chelsea Lately,” and “South Park.” The rural family’s unapologetically laid-back existence makes them an easy target. Cameras capture every food auction, mud fight, roadkill buffet, and bodily function. The family’s Georgia dialects are so profound that the producers add subtitles.

In an era when “reality” programming appears anything but real, the Honey Boo Boos are refreshingly devoid of media savvy.  They were hired to be their authentic selves, and that’s what they give you, farts and all.

Perhaps for this reason, the series has also garnered its fair share of critics. Questions have been raised about the ethics of child beauty pageants, Mike and June’s parenting skills, the condition of the family home, and the weight of the women in the family, June in particular.

“It’s because they don’t live like other people on TV. They live like the people who watch TV,” Thompson says.

Thompson has gotten his own taste of media scrutiny in recent weeks: The New York Times and the Washington Post both featured columns scrutinizing whether small-town Southern gays are doing enough to achieve visibility and equality in their communities. The Washington Post piece was entitled, “Uncle Poodle Needs to Speak Up.”

“Come on now,” says Thompson. “Who writes a story saying Uncle Poodle needs to speak up, and then doesn’t call Uncle Poodle to find out what he has to say?”

Lee Thompson married his husband, Josh, this past August (“We just decided to do it that morning, but it wasn’t a shotgun wedding,” he promises.) The ceremony was presided over by his stepfather, and held in the family living room.

A great time was had by all. There was a wedding cake fight afterward. They neglected to take pictures, so they’ve decided to have another one. They’re happy where they are, and Thompson believes the image of small-town gay life could use an update.

“Things are changing. My husband and I live in Milledgeville because we want to be out in the country. I’m gay, but I’m as redneck as I can get, and we want to be somewhere we can fish and jump on a four-wheeler, go hog wallowing. There’s probably 40 or 50 of us — gays, lesbians, bisexuals, transgendered people — around here, they’re all open about it, everybody knows it,” he says.

“But,” he adds, “If you want people to accept you, you have to show you don’t have a problem with yourself and just be up front about who you are. If you do, you earn people’s respect. If everybody would just go on and do that, ignorant people couldn’t cause so many problems. I know this is how I was born and I don’t need to explain it to anybody. I live my life for who I am. That’s why ‘Born This Way’ is gonna be my next tattoo.”

It appears being unapologetically yourself is a family trait.

“I love Alana, she’s my heart, and she tells it just like it is. That’s why people love the show,” Thompson says. “We’re all rednecks, we cut up and make fun, but we love each other and we tell the truth. That’s how you’re supposed to be with your family. Just real.”

While a second season of the series is still in negotiations, TLC has announced plans to air a series of “Honey Boo Boo” holiday specials. Uncle Poodle is ready and willing to return. As for the family’s newfound fame, he has no concerns about it going to anyone’s head.

“We’re not changing one bit,” he promises. “June will die with a coupon in her hand. I never in a million years thought someone would be asking to take a picture with me in line at the Wal-Mart. But, hell, I was still at the Wal-Mart.”

Top photo: Lee Thompson says his family ‘is not changing one bit’ from reality TV fame. (via Facebook)