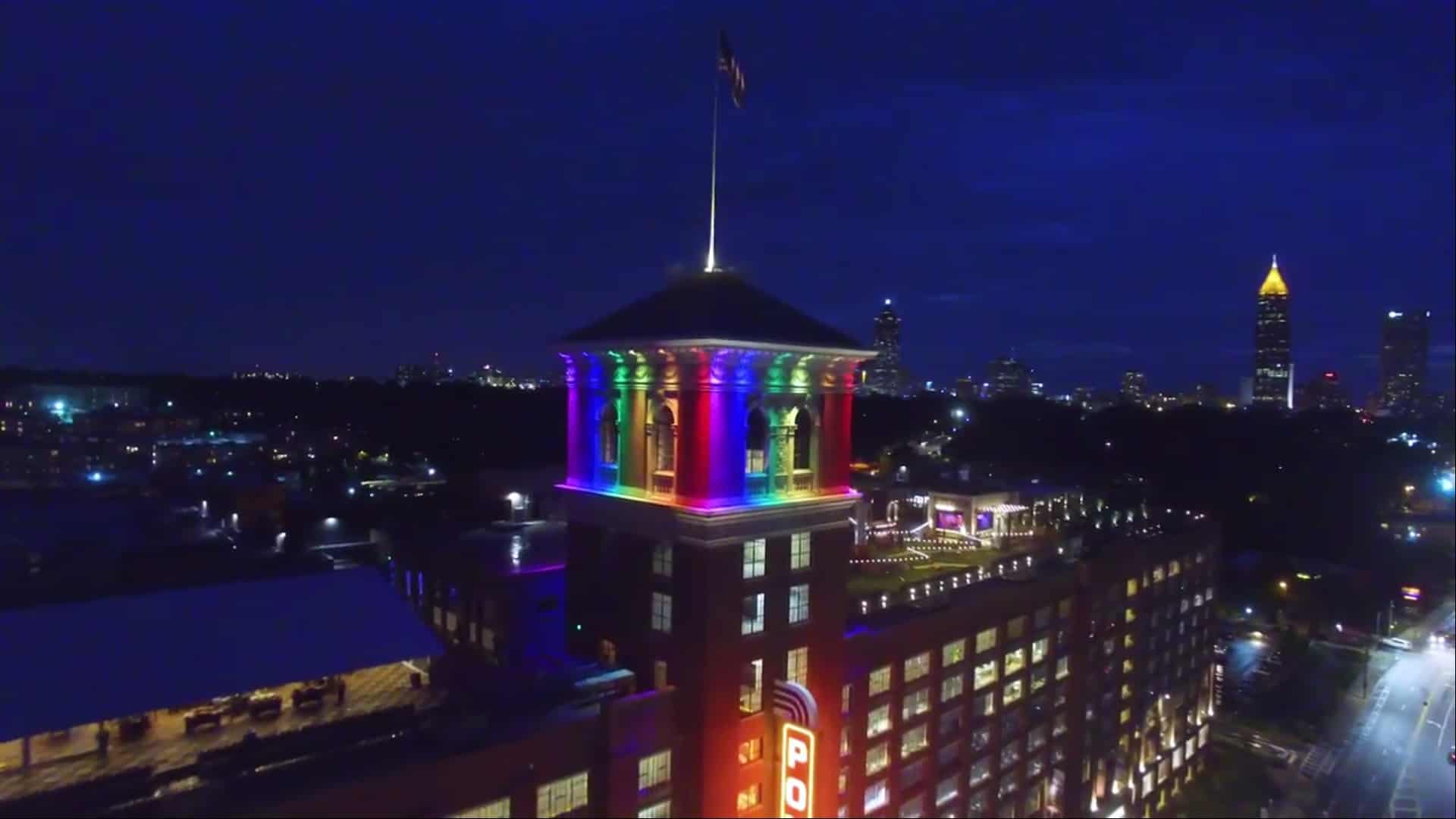 If you’re in the Old Fourth Ward, Virginia-Highland, Poncey-Highland or Midtown area this week after sunset, look skyward, because mixed-use behemoth Ponce City Market is in on some Pride month love. Starting June 21, a rainbow-themed display began lighting up the building’s iconic tower every 40 seconds from 8:30 p.m. – 12:30 a.m. If you haven’t seen it yet and want to check it out, better move fast. The display runs through June 30.

View a brief clip of Ponce City Market’s display below, set to a familiar tune.