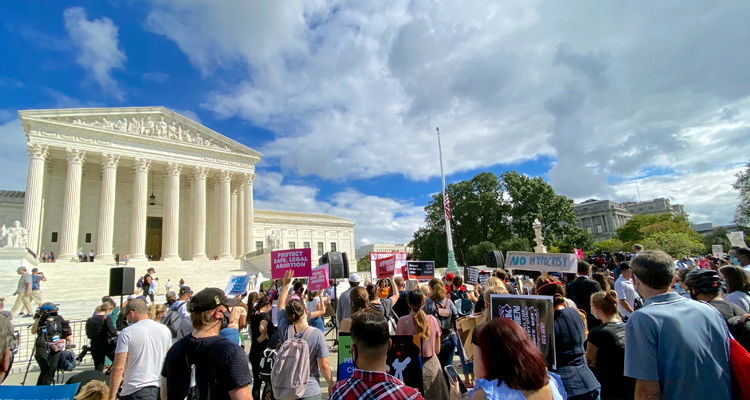 The True Definition of Pride

Dictionary.com defines “pride” as a “high or inordinate opinion of one’s own dignity, importance, merit, or superiority, whether as cherished in the mind or as displayed in bearing, conduct, etc.” As we celebrate Pride in Atlanta, I want us to reflect on the word itself and ask ourselves if we really are living a life where we value our own experience and contributions.

With the recent death of Justice Ruth Bader Ginsburg and her subsequent memorial, I found myself recalling the ways she helped our community. In every Supreme Court case that directly touched LGBTQ issues, Ginsburg joined the majority in ruling in favor of equality. In fact, just two months after she joined the decision that the federal government must recognize gay marriages, Ginsburg officiated the gay wedding of longtime friend Michael Kaiser, making her the first Supreme Court justice to do so. She officiated several more until her death.

Judge Amy Coney Barrett has been nominated by President Trump to replace the iconic RBG and historically, she has not shown the same ideology of equality as Ginsburg. She defended the Supreme Court’s dissenters on the marriage equality case of Obergefell v. Hodges, saying those who want same-sex marriage have every right to lobby in state legislatures to make that happen. She said Title IX protections do not extend to transgender Americans and has even referred to a transgender women as “physiological males.”

Coney Barrett has also been linked for years to the conservative People of Praise, a Christian group that opposes abortion and holds that men are divinely ordained as the “head” of the family and faith. Former members have reported the group’s teachings that wives must submit to the will of their husbands. Oddly, People of Praise has made efforts to erase all mentions and photos of Coney Barrett from its website before she undergoes her confirmation hearings, but I hope we see the wolf in sheep’s clothing.

What does any of this have to do with Atlanta Pride? In my view, everything, since I am of the belief that all things are related, and action (and more importantly inaction) has ripple effects on our everyday lives. For those who are sick of politics and try to have nothing to do with the complexity of it, you need to wake up.

Presidents nominate justices to sit on the Supreme Court, and those nominees must be confirmed by members of the Senate. Presidents and senators are selected by you, thus, you have an indirect say so in who makes it to the highest court in the land and decides outcomes of our most contested court cases. If you are a proponent of civil rights, immigration rights, LGBTQ rights and women’s rights, all are affected by who is in office and who sits on the bench. If you haven’t voted or have yet to even register to vote, then you have failed at your job.

Politics is the very system that allows the citizens of our country to be the boss, because politicians work for us. Regardless of their arrogance or actions, that will not change as long as we are a democratic nation. They work for us, but an undisciplined or inattentive boss will allow their employees to run wild and question your authority.

The positive outcome of this election and President Trump’s revelation that he and the First Lady tested positive for COVID-19 is that people are brushing up on their Civics lessons. Who would take over if President Trump became deathly ill, or who would run for President if the worst-case scenario comes true? You now understand the path to becoming a justice on the Supreme Court. I hope in your impromptu research you also discover your role as voter is the most important of all, and that so many people worked very hard for the privileges we as members of the LGBTQ community currently enjoy. However, there are some who could take those away.

You have to decide if you really are living a life of Pride, finding your existence and values to be worth something, or if you instead live life as a victim to your own identity.

Think of voting as choosing you and know that loving oneself produces the most powerful ripple effects there are. That, to me, is what true Pride is all about.