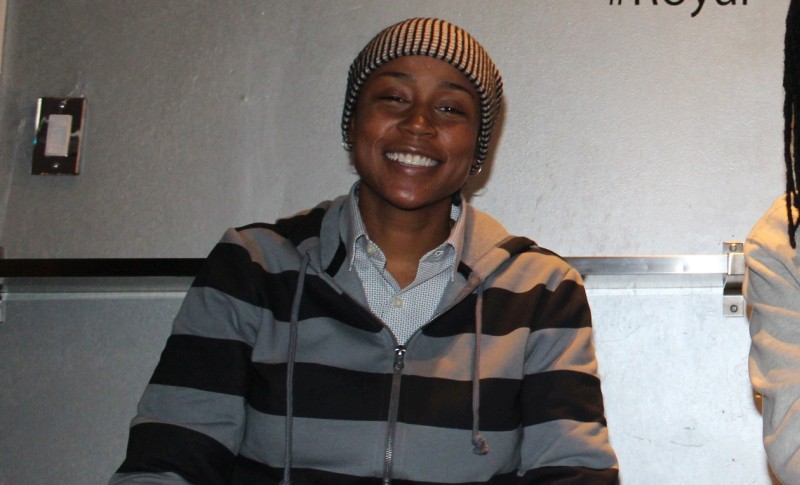 Now a decade old and strong and with a firm grip on promoting sisterhood, pride and perseverance, Traxx Girls has successfully molded the city of Atlanta as a leading destination for LGBT travelers during Black Gay Pride Weekend and throughout the year.

Driving the engine at Traxx Girls is Melissa Scott, a lifelong Atlantan who specializes in lesbian party planning. Scott, on the verge of a power-packed itinerary for Black Gay Pride Weekend which include hit recording artist K. Michelle and Olympic Gold Medalists Angel McCoughtry and Brittney Griner among many, many others, sat down with the Georgia Voice to talk about the organization, its long run, career highlights and what’s to come.

Traxx Girls is celebrating its tenth anniversary this year. What sparked the inspiration for Traxx Girls and Black Gay Pride Weekend?

We started hosting events for Pride due to demand. At the time there was a need for organization and Atlanta needed a larger scale of events in general for the LGBT community.

Did you ever imagine it would be going on this long, for a full decade?

I absolutely imagined it would be going on this long. We planned for it to be long lasting and we reinvent the wheel every year to keep the interest of the attendees. I can say we had no idea the first year would be as successful as it was but we are definitely without a doubt keeping up the momentum.

On the official website, it mentions #TheRealATLPride. Is that somewhat of a playful dig at Atlanta Pride Festival?

NOT AT ALL!!! We love Atlanta Pride and have the highest respect for everything they have done and the unity they bring to the LGBTQ community during their festival weekend. #TheRealATLPride was created due to promoters attempting to use the #AtlantaPrideWeekend hashtag to confuse customers looking for official Pure Heat events. We started the #AtlantaPrideWeekend website and hashtag and over time the power of it has caused promoters to copy and try to bamboozle our customers.

With ten years of being in existence, can you tell me some of your personal highlights from over the years.

Nicki Minaj will always be a super highlight for me. She was someone my business partner Durand Robinson always wanted. He wanted to see Nicki and oh BOY!! So did the rest of the world. Another highlight has to be the first time we did the Pure Heat Community Festival. We was afraid no one would come. It was like 4 pm and we were there alone since 11 am. Then all of a sudden, it was like it rained people!

Including the community events, how many volunteers does it take to make all of this come together?

It takes about 200 volunteers and 150 staff members to pull off the effort over the weekend.

I must ask you about the big viral news story about Chris Brown and his failure to show up at one your nightly events from last year. Did you feel that severely damaged your brand? Was there any real reconciliation or resolve made between Traxx Girls, Brown and his management?

Something like Chris Brown not showing up COULD have damaged my brand but it did not because of our reputation and his. We have a reputation of delivering exactly what we say. Chris has consistently been a menace to his environment, surroundings and is flat out self destructive. His talent however is undeniable and we took a chance on him because I know our community has been his fans for some time. His homophobic behaviour was unacceptable and then on top of it he decided to flat out lie and say he was never booked.

He did return the deposit funds and at one point offered a make up date for the appearance he was NOT booked for after the backlash of his actions. I really hate that he did that.

Two weeks ago we read that a group of people were interested in reviving Freaknik and were planning to host it on Labor Day weekend, which would of course happen at the same time as Black Gay Pride in Atlanta, but the organizers folded on the idea. What was your initial response when you heard that?

I think Atlanta has outgrown the Freaknik concept. It was a great, fun time but Atlanta is now very corporate. And there are parameters and rules and guidelines now. In the past Freaknik was people driving on the wrong side of the road making two lane streets one way, people grilling on I-20 and holding traffic for hours. Just a lot of unorganized chaos that at times felt really dangerous. I think Freaknik would be a better fit for like New Orleans.

Tell me about the headliners and performing artists you have in the lineup this year for the Pure Heat Community Festival.

This year, Love & Hip Hop has a major showing with Mimi Faust, Cardi B, Erica Mena, Karlie Redd, Ariane Davis, Trina, and K Michelle. Big coincidence, but these are the people that are hot right now. We are excited to also have Eva Pigford and Trina & Towanda Braxton. We just added Young Dro to the park, which is fantastic. He is a heterosexual male that is showing support to the community and unaffected by what others think.

At the end of the day, we will always work hard to deliver A+ entertainment during this weekend of unity.