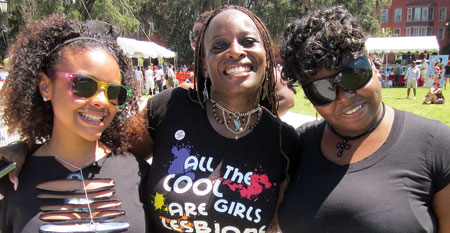 The crowds won’t be as large, but the community spirit will be just as strong this weekend as South Georgia Pride comes to Valdosta. The day-long event takes place Sept. 15 from noon until 7 p.m. at John W. Saunders Park, with organizers expecting about 800 attendees.

“We at South Georgia Pride feel that in order to inflict positive change, it is crucial that we put emphasis on the moral structures of love, tolerance, and family that truly embody the LGBT community of Valdosta,” says Pride Executive Director Richard Willis.

Despite Mayor John Gayle’s refusal to grant a proclamation for South Georgia Pride, leaders said they think support for the LGBT community is growing in Valdosta.

“I think that with every year by hosting this event we are making a difference,” says Assistant Executive Director Raynae Williams. “That it is giving Valdosta an opportunity to get to know us as ‘people’ and not as a weird ‘lifestyle.’”

The goal of organizers, according to the Chattahoochee Valley Pride website, is to “look beyond race or culture and provide the tools needed to elevate the LBGT community to a socially accepted status, a status that will encourage ‘society’ as a whole to look beyond our sexual orientation and view us as we should be as human beings, first and foremost.”