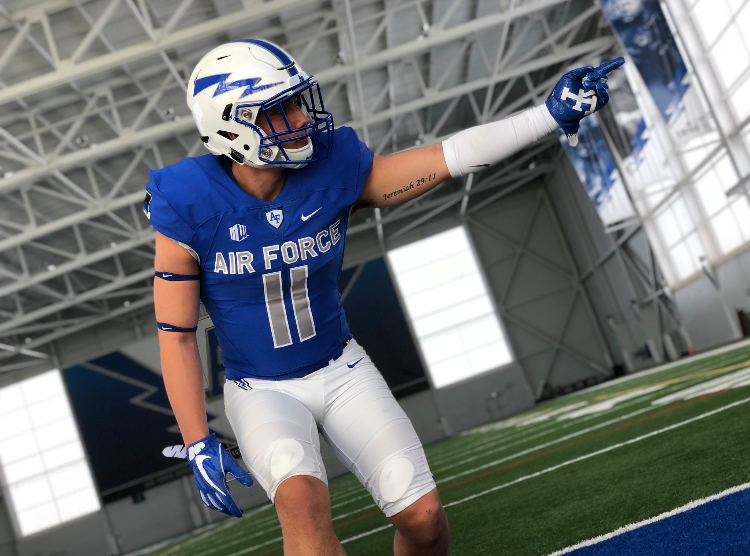 Bradley Kim, a defensive back for the Air Force Falcons, came out to the public through Instagram last Friday. “God made me this way for a reason,” started the post. Supporters say Kim has become a trailblazer as the first openly gay man in service academy athletics.

According to Outsports, Kim came out to the other defensive backs of the Falcons on Friday before posting on social media. He was met with overwhelming support – and even a standing ovation.

“They tell me they appreciate the fact that I felt confident enough, and they meant enough, for me to tell them,” he told the sports news outlet.

Before telling his teammates, Kim said he had already come out to his parents, close friends, and coaches. After receiving the utmost support from his peers, he wasn’t afraid to share himself with the world.

“I almost gave up my dream of playing Division I football for fear of not being accepted by everyone, but today I am happy to say I am a cadet at the Air Force Academy playing the sport I love with amazing people standing behind me and supporting me,” Kim wrote.

In a time where the LGBT military community is feeling threatened, with President Trump’s attempted ban on transgender individuals, many in the community argue Kim provides crucial representation – and that his coming out strengthens the community, and provides much-needed support to the alienated.

Those were the justifications behind Kim’s decision to coming out publicly.

“The biggest reason I want to share this is to be able to reach people who are in similar situations struggling with the same things I have struggled with,” Kim told Outsports. Kim, who played football in high school while closeted, recalled the hardships of being a young gay athlete. He said he wanted those going through what he went through to know that they can be gay and still follow their dreams, like he did.

Kim credited the growing community of out athletes, who shared with him their coming out stories. He said their bravery helped him, and added that he hadn’t heard one negative story. He particularly credited former Willamette University football player Conner Mertens, who guided him through the process.

Kim is a devout Christian. His faith was once part of his internal struggle with being gay. Now, he said he found it a source of strength in his moment of coming out. Kim even quoted a Bible verse at the beginning of his post. He ended his post with thanks to his family and friends.

Kim added: “If anyone feels they don’t have a voice or feel like they are alone, just know there are plenty of people out there just like you and me, and more that are willing to talk to you about it.”