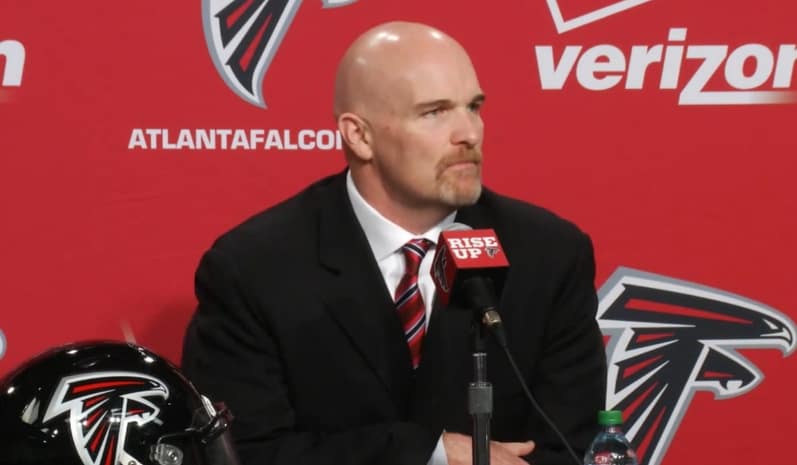 The Atlanta Falcons are one of the over 400 businesses that signed the Georgia Prospers pledge against discriminatory practices such as the ones that will be legal should House Bill 757 passes. But it appears that mindset hasn’t made its way to the coaching staff, as a report surfaced Friday that one of the coaches asked a college prospect if he was gay.

The incident came to light during Ohio State prospect Eli Apple’s appearance on Comcast SportsNet’s “Breakfast On Broad” where the cornerback talked about his future in the NFL. He said it occurred at last month’s NFL Scouting Combine. When asked about weird questions that he had been asked, Apple responded with the following:

“I’ve been asked a lot of weird questions. I don’t know if I could say on TV,” Apple said.

“The Falcons coach, one of the coaches, was like, ‘So do you like men?’ It was like the first thing he asked me. It was weird. I was just like, ‘no.’ He was like, ‘if you’re going to come to Atlanta, sometimes that’s how it is around here, you’re going to have to get used to it.’ I guess he was joking but they just ask most of these questions to see how you’re going to react.”

“I am really disappointed in the question that was asked by one of our coaches,” Quinn said in statement sent to The Atlanta Journal-Constitution on Friday. “I have spoken to the coach that interviewed Eli Apple and explained to him how inappropriate and unprofessional this was. I have reiterated this to the entire coaching staff and I want to apologize to Eli for this even coming up. This is not what the Atlanta Falcons are about and it is not how we are going to conduct ourselves.”

UPDATE: We spoke to Jeff Graham, executive director of Georgia Equality, to get his reaction to the incident.

“It’s unfortunate that this happened in the first place but certainly I am very appreciative that the Falcons took quick action to remedy the situation and issue a public apology. There is no reason to be asking questions like that. They’re inappropriate and I’m glad that Falcons management acted appropriately,” Graham said.

Regarding the team being a member of Georgia Prospers, Graham said, “I think in any large institution there are certainly challenges in terms of making sure that policy, especially comprehensive nondiscrimination policies, are included up and down the chain. I think that the best course of action though is when situations like this occur that management act quickly to rectify the situation and it appears that they’ve done that.”