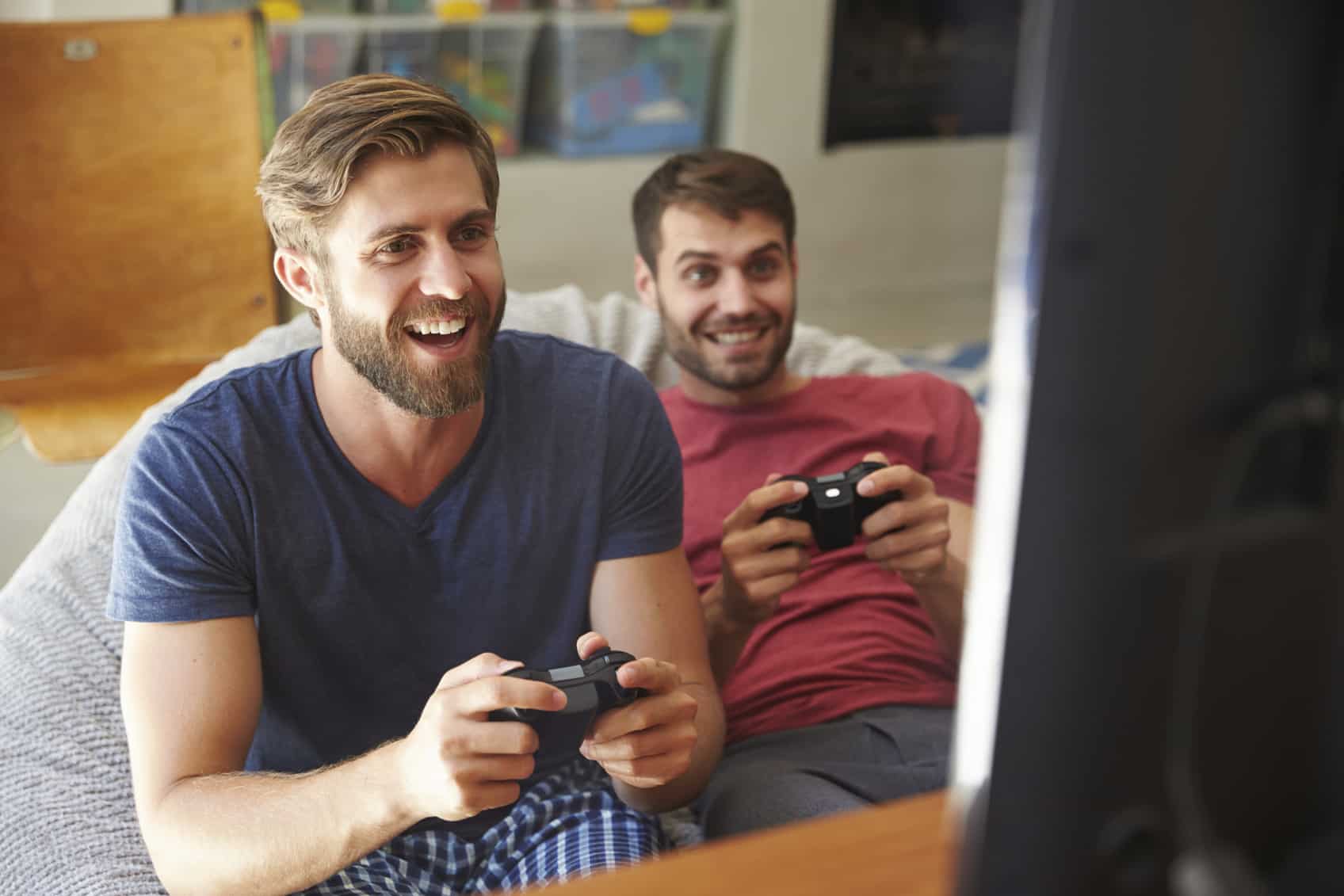 The LGBTQ community has allies in gaming

Meet the Gaymers who, as the name might suggest, are members of the LGBTQ community who, well, game.

Gaming is growing. As in any culture, there are ups and downs, pitfalls and power-ups. And one subculture is making their name known across the board.

In the next several years, the sector will make waves. By numbers, by influence, by reach, the LGBTQ gaming community is all but guaranteed to make an important mark in the larger culture of gaming.

According to Casino.org, the first usage of the noun “gaymer” is traceable back to message boards of the old Internet standby, USENET: “As public acceptance of both gaming and gay culture grew in the early to mid-2000s, so did the word’s use.”

As entertainment-savvy consumers, gaymers are used to seeking out all the angles in their hobby. And like most gamers, gaymers have a unique virtue, instilled in them by hours upon hours of grinding levels.

Being a gaymer is about taking stock, and keeping score. Of what you’re doing, and where you’re going. The game is what brings Gaymers there. But it’s the sense of achievement — and the solidarity of the community — that keeps them, racking up points.

In an interview with the Daily Xtra, gaymer Reina Sato explained that she was an introvert, but started to game for a variety of reasons: She “wanted to meet new people, share interests and play games, just have fun. I learned that it’s a really safe place for everyone to play and be accepted, so I came along.”

The Tabu Lounge and Bar, a gay sports bar in Philadelphia, opened up a special arcade section in their watering hole three years ago. In an interview, Ian Morrison, a manager, said that opening a special space for the community made sense: “There’s this group of people who don’t want to club and dance; they just want to game.” Morrison told the Philly Voice that rather than sitting at home, gaymers could have the experience “of getting out, having cocktails, experiencing gay culture, networking, and getting their game on.”

As Morrison pointed out, while there is a significant part of the gayming culture that deals with board and card games, the most notable section of the subculture can be found online. 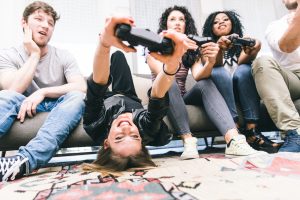 Gaymer is a much-disputed title, moreso than you’d think, especially among such a highly competitive class. For years, the gaming industry rested on the assumption that only straight, white men played video games.

It seems odd to consider this now, given our current understanding of gamer demographics: In America, 48 percent of women have played a video game. What changed everybody’s minds?

The life-simulation game, released in February 2000, shattered conventional wisdom: Every demographic enjoyed it. The Sims became one of the best-selling titles of all time — and women were 60 percent of the playing audience. This ersatz representation of human life had big reverberations in the real world.

Expansion pack by expansion pack, the industry’s perception of gamers grew. And eventually, the people in the boardroom noticed that the gaymers had always been there.

The chronology of LGBTQ participation in video games makes for long reading: The banning (and then acceptance) of LGBTQ World of Warcraft guilds; the dropping of the Lord of the Rings online marriage feature; the controversy of Nintendo’s Tomodachi Life opposite-sex-only marriage option; the inclusion of LGBTQ characters in the popular Overwatch franchise.

And that’s not taking into account the growth of the community in meatspace (or “the physical, real world” by us plebians). Consider, for example, GaymerX, the community-oriented gaming convention that first cohered in San Francisco during August of 2013. GaymerX: Year Four followed in Santa Clara in September 2017, and GaymerX East landed in New York City in November of the same year.

Conventions strive to bring fans and friends together under one roof. But in retrospect, arguably no Con, no game, no cause has unified online gaymer culture like the Vizzini affair.

Blogger Chris Vizzini, who had trademarked the term “gaymer” in 2008, sent a cease-and-desist letter to an important LGBTQ gaming community hub, the aptly titled Reddit sub “Gaymer.” This was in 2012. The backlash was intense, with gaymers pointing out that the term had been in use since 1991. Vizzini surrendered the trademark in 2013.

Curiosity has grown about the nature of the community. In 2006, an Urbana-Champaign gamer/gaymer survey sampled 10,000 respondents. 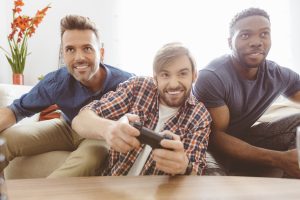 The most surprising result from the investigation? Gamer/gaymer culture apparently lacks a sexual bell curve. Since the Kinsey Report, the spectrum of human sexuality has been represented as a gently rising and descending hill, with most people gathered at the middle. But survey respondents identified as either completely straight or completely gay.

Other key points: the most popular genre among respondents were RPGs: Half of the respondents rated them as their favorite type of game. Action/adventure games, first-person shooters, and massively multiplayer, online games lagged behind.

In a Washington Blade interview, Jason Rockwood, the social scientist and non-gamer who ran the survey noted that, “People had talked about being gay and being a gamer, but nobody had asked them to unify those two elements … people were excited about that.” No wonder they were thrilled: In a Nielsen survey, LGBTQ gamers felt that their sexuality was not amply represented within the community.

As one survey pointed out, gaymers face prejudice from both sides. Forget for a moment the phobias of mainstream culture. Mainstream gay culture (and media) look askance at gaming. And within gaming itself? Well. It’s hardly controversial to point out that gaming as a whole is not a welcoming community: Homophobic slurs of every kind are common in chat channels.

There’s a long climb ahead for gaymers, whether in the real world or in the digital universe of online adventuring. But all evidence suggests it’s a quest that the community is ready — and willing — to face. Game on.