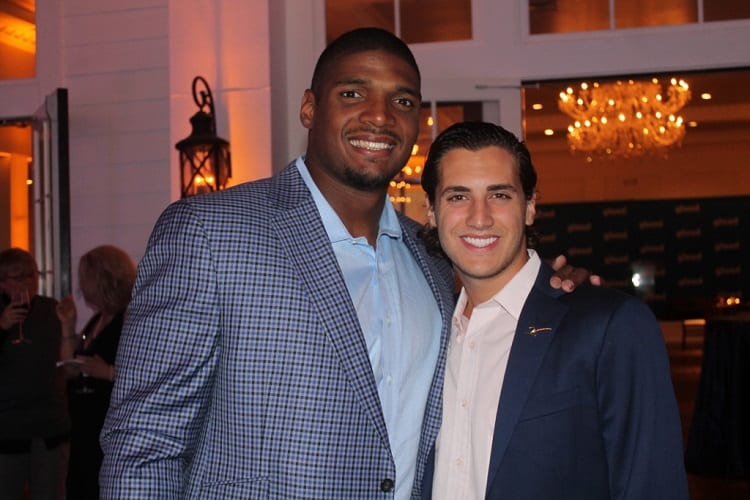 Yes, Michael Sam was in Atlanta this week and no, the Falcons aren’t interested

Michael Sam, the NFL’s first openly gay player to be drafted, was a late addition to the list of special guests for Wednesday night’s 2014 GLAAD Atlanta Benefit, and that got ours minds wondering—could Sam be in town for additional reasons? Like say, working out for the Atlanta Falcons?

Alas, any hopes that the free agent Sam would become the NFL’s first openly gay player by suiting up for the Falcons next Sunday against the Buccaneers were dashed, as Falcons vice president of football communications Reggie Roberts confirmed with the GA Voice, saying they were not working Sam out.

That doesn’t mean the Falcons won’t look at Sam later in the season, it just means the Atlanta visit wasn’t to meet with the team—which is curious because they have major needs at defensive end. The Falcons are on their bye week but that doesn’t mean they’re not working, as they signed one safety and dropped another on Tuesday.

Sam, an All-American defensive end and co-SEC Defensive Player of the Year from the University of Missouri, came out in February in an interview with ESPN, setting off a media firestorm as many experts saw him as a lock to make somebody’s roster on opening day. He was picked by the St. Louis Rams in the seventh and final round of April’s NFL draft, which he celebrated by doing what came natural—planting a kiss on boyfriend Vito Cammisano, who was in attendance at this week’s GLAAD event.

Sam had an impressive preseason, but that didn’t stop the Rams from cutting him in August, citing a glut of players at defensive end. The Dallas Cowboys signed him to their practice squad just days later, then waived him earlier this month.

In order for a player to be considered the first openly gay player in the NFL, they would not only have to be signed to a team, but suit up and take the field for a regular season or playoff game. So the wait continues for yet another major LGBT barrier to be broken down.