Seriously, some people think Newt Gingrich is endorsing — at least kind of — gay marriage? So not true, people. Don’t be swayed by silly headlines.

The GOP presidential candidate and former Georgia congressman is being credited by some for perhaps going soft on the issue of gay marriage because the thrice married politician said this over the weekend in the wake of New York passing same-sex marriage legislation:

"I mean, Iowa was seven judges deciding that they would arbitrarily overturn the laws and the culture of the state of Iowa which is fundamentally different," Gingrich said. "I mean New York at least, whether you agree or disagree with the outcome, it is in the elected process and it is in the legislature and it is with the governor and that's the right venue."

It's just not going to be an easy campaign for GOP presidential contender Newt Gingrich. The Georgian and former Speaker of the House suffered another blow today as his campaign finance team reportedly quit, according to the Associated Press.

Gingrich also watched several high ranking campaign officials, including his campaign manager, quit en masse earlier this month after internal disagreements over how the campaign was being handled, according to ABC News.

Gingrich's entire paid staff in Iowa also resigned, citing his commitment to the campaign, according to the ABC News report.

Gingrich announced his intent to run for the Republican presidential nomination on May 9 via a Twitter post to followers. 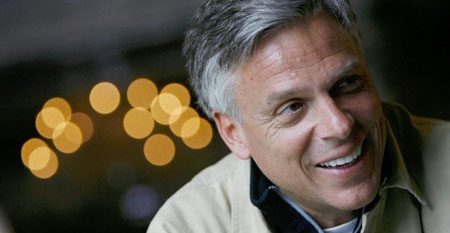 Jon Huntsman, the former governor of Utah and more recently, the U.S. Ambassador to China, officially announced today his intention to seek the Republican nomination to run against President Barack Obama in the 2012 presidential election.

Set against the backdrop of the Statue of Liberty in New York City, Huntsman read a prepared statement.

“Today, I am a candidate for the office of the President of the United States of America,” Huntsman said.

While the governor of Utah, Huntsman held several moderate positions and even endorsed a bill that would have provided civil unions for same-sex couples in the state, according to The Atlantic. Huntsman has also supported a bill to outlaw housing and employment discrimination for LGBT persons while governor. 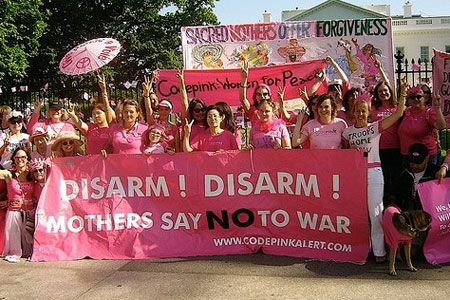 Newt Gingrich was struck in a similar by political activist Nick Espinosa while he was attending a Minnesota Family Council event back in May.

Pawlenty was hosting a book-signing event at the annual America's Health Insurance Plans conference when representatives from CodePink, an anti-war and women's advocacy group based in San Francisco, and the Center for Reproductive Rights showered Pawlenty with quite a bit of pink glitter and confetti.

“Where's your courage to stand for gay rights and reproductive rights,” one of the protesters shouted as she was escorted away from Pawlenty.

Last night, the Republican contenders seeking the nomination for the presidency of the United States participated in the second GOP debate of the 2012 election cycle. Held in New Hampshire, the debate was broadcast on CNN and was sponsored by the New Hampshire Union Leader.

Seven Republicans attended and answered a wide range of questions on topics from the economy and jobs to foreign policy and social issues. CNN's John King moderated.

Several LGBT issues were covered during the debate, including the upcoming repeal of the military's “Don't Ask, Don't Tell” policy and whether or not the candidates supported a federal constitutional amendment that would ban same-sex marriage.

Most candidates said that they would leave the decision to restate the policy to the military commanders, but Minn. Rep. Michele Bachmann said that if elected, she would keep  “Don’t Ask, Don’t Tell” in place. 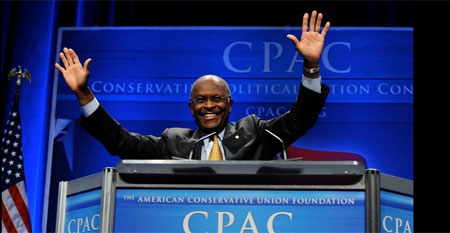 The field of Republican contenders for president of the United States got a little more crowded over the weekend as several candidates formally announced their intentions to seek the office.

Atlanta-based radio commentator Herman Cain held a rally in Atlanta's Centennial Park over the weekend to officially announce his candidacy. Cain, the former CEO of Godfather's Pizza, has no political experience but does has a loyal radio audience for his talk show on AM 750.

According to the Atlanta Journal-Constitution, “thousands” showed up to the rally in a show of support.

This afternoon, former Speaker of the House Newt Gingrich officially announced his candidacy for President of the United States. Gingrich, a former Georgia-resident, has long been the subject of speculation from political pundits over his status as a candidate.

“Today I am announcing my candidacy for President of the United States,” Gingrich or one of his aides posted on his Twitter account.

A quick glance at Gingrich's new website (revamped today) didn't reveal any dastardly plans to curtail the LGBT equality, though Gingrich has made his position on LGBT equality perfectly clear in the past – he wants none of it.

Of course, Gingrich is reaching out to conservative religious voters by stating his intention to defend life and religious liberty. How would he do that? By nominating right-wing judges, of course.

Newt Gingrich to make it official 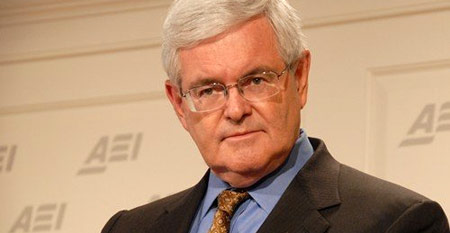 Former Speaker of the House Newt Gingrich will make it official this Wednesday – he's running for the Republican presidential nomination for 2012. Gingrich, a former Georgia resident, is expected to make an announcement via Twitter and Facebook this Wednesday and then appear on Fox News' “Hannity” to discuss his bid, according to USA Today.

In a Facebook post put up a short while ago, Gingrich thanked supporters ahead of his announcement:

“I have been humbled by all the encouragement you have given me to run. Thank you for your support. Be sure to watch Hannity this Wednesday at 9pm ET/8pm CT. I will be on to talk about my run for President of the United States.”

Ron Paul: Gov’t should be out of marriage argument 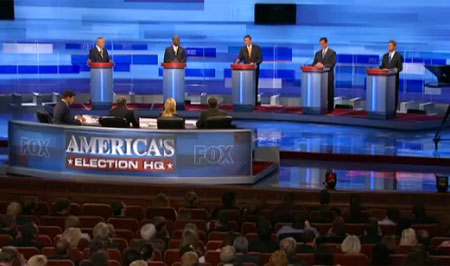 Last night, Fox News hosted the first Republican presidential debate ahead of the GOP primary season for the 2012 general election.

Though the debate covered a wide-range of issues and mostly centered on the economy, there were a few questions directed to participants on gay issues. 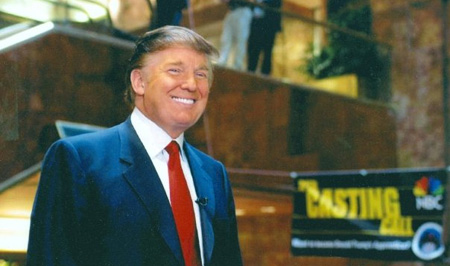 Touting his conservatism, Trump claims to be pro-life and oppose same-sex marriage in the interview, which appears on the Christian Broadcasting Network.

Explaining his stance on same-sex marriage, Trump acknowledges his position is not popular with his fellow New Yorkers:

“First of all, I live in New York. I know many, many gay people. Tremendous people. And to be honest with you, as far as civil unions are concerned, I haven't totally formed my opinion," Trump says in the interview. “But there can be no discrimination against gays. I'm against gay marriage, I took a lot of heat for that.”