Libby’s back at the Express!

Portia de Rossi’s memoir aches with pain, but ends with Ellen and self-acceptance 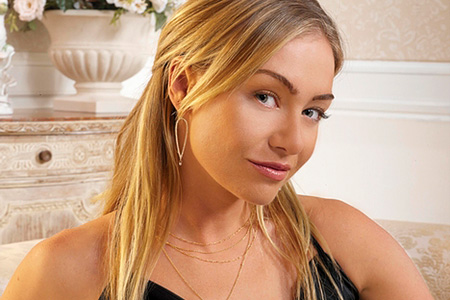 There’s a fine line between “want” and “need.”

You didn’t need another holiday cookie, chocolate-dipped goodie, or brownie hiding beneath powdered sugar. And definitely, you didn’t need the calories.

But oh, you wanted them. So imagine denying yourself those and almost all other foods. Imagine living on 300 calories a day, then read “Unbearable Lightness” by Portia de Rossi. 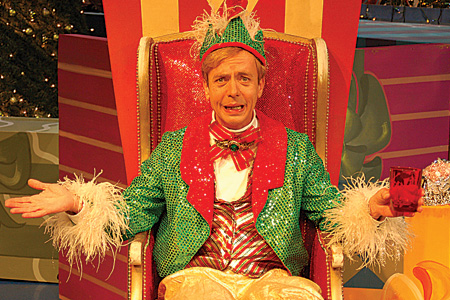 Each year, the holiday season in Atlanta seems to grow longer and longer. The first week of November, for instance, saw the debut of “White Christmas,” the kind of production normally reserved for December. The long season, however, means there’s no shortage of holiday fare in local theaters, from the familiar to the edgy.

Of course, no holiday season would be complete without Horizon’s annual “The Santaland Diaries,” based on gay writer David Sedaris’ “Holidays on Ice.” This is the 12th year for the show, which stars Harold Leaver as the often grumpy, openly gay Crumpet, forced to serve as a department store elf one holiday season. Back is sidekick Enoch King, the usual doses of snideness and “plenty of fresh jokes and references,” promises Leaver.

“The Holiday Ice Spectacular” will feature laughs as well as skating. It stars a cast of 16, including some recognizable skating names. Among the cast is openly gay skater Michael Stack, who promises fun for all kinds of audiences, gay and straight. 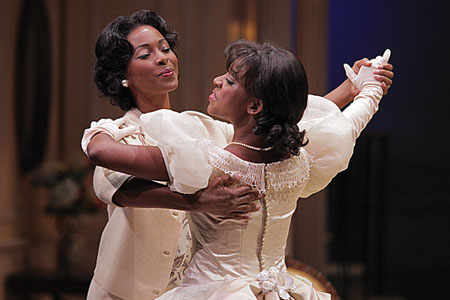 Atlanta native Pearl Cleage’s work has always been embraced and supported by the LGBT community. Now she hopes her new production — “The Nacirema Society Requests the Honor of Your Presence at a Celebration of Their First One Hundred Years,” bowing next week at the Alliance — is met with the same level of enthusiasm.

Described by Cleage as a romantic comedy, “Nacirema” deals with the beloved tradition known as the cotillion, especially popular in the South. As a new group of African-American debutantes gets ready to meet society circa 1964 in Alabama, their strong-willed grandmothers try to take care of their romantic lives. Trouble comes, however, when one debutante decides she wants to forego the life and move to New York to be a writer, and the racial issues of the day stir up. 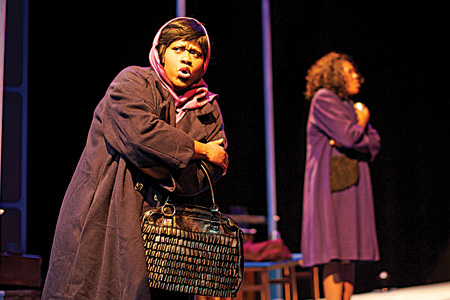 The lives of two music legends come to Atlanta stages this week in two new productions, one directed by a gay man and the other starring a gay actor.

The warts and all life story of blues singer Bessie Smith is presented in True Color’s world premiere production of “Gut Bucket Blues.”

Smith was regarded as the most famous female blues singer of the ’20s and ’30s, but her life was anything but straightforward.   The musical is directed by former Atlantan David H. Bell, who served as the associate artistic director under Kenny Leon for a number of years at the Alliance Theatre.

The openly gay Bell says he has long been a fan of the singer, but his research gave him a new appreciation.  He had been working on a Bessie Smith show for a while when Leon called him about collaborating — and the musical became a reality. Bell left the Alliance roughly around the time Leon did. The two had formed a great partnership and always vowed to work together again.

Fall Preview: Much to look forward to in fall film releases 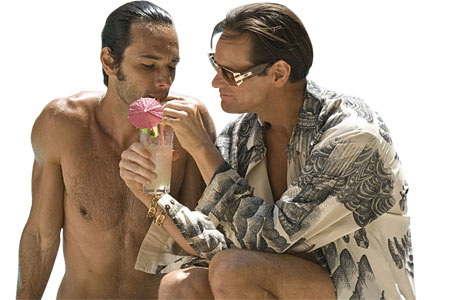 “The Kids Are All Right” may not be the only queer film represented at the Oscars next year. As award season looms, so do “Howl” with James Franco and “I Love You, Phillip Morris,” a romantic comedy pairing Jim Carrey with Ewan McGregor.

Less gay but with the potential to turn the butchest queen into a screamer is “Burlesque,” Christina Aguilera’s big-screen debut and Cher’s first starring role in over a decade.

No doubt there will be gay and lesbian characters and subplots sprinkled in other mainstream entertainments — who knew two months ago “Scott Pilgrim vs. the World” would be so queer or “The Last Exorcism” would have a gay twist?

Fall Preview: ‘Pageant’ and much more… 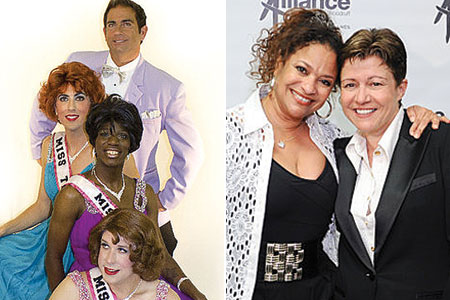 From marquee-level touring shows to Atlanta premieres, the fall promises to be a busy time in local theaters for gay and lesbian patrons.

Currently running is the musical comedy “Pageant: The Musical,” which opened in August and runs until October. The show, a satire of beauty pageants, stars openly gay Brian Clowdus as Miss Texas, one of a half dozen contestants trying to be named Miss Glamouresse.  The actor envisions the crowd-pleasing Miss Texas as a pageant regular, one who does not take kindly to losing. 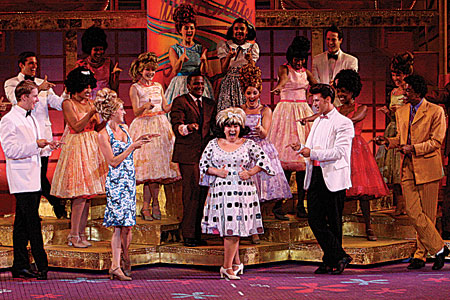 Gay performers Alan Kilpatrick and Glenn Rainey aren’t technically joined at the hip, but they’ve acted a lot like it lately. Their collaboration in the musical “Hairspray” (opening at The Strand Theatre this week courtesy of Atlanta Lyric Theatre) is their third in the past nine months.

Rainey actually auditioned to understudy for Edna when he was living in New York. Although he has played women before, this is unique. 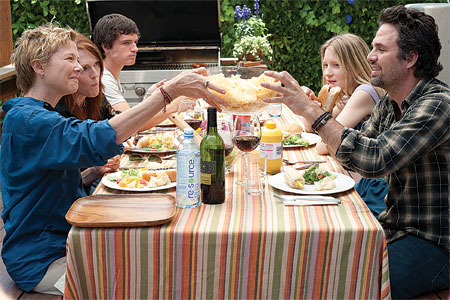