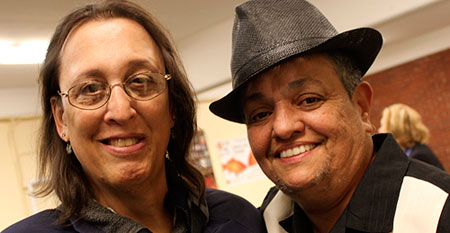 Progress is being made under the Gold Dome in the fight for LGBT equality, but sometimes “it’s a slow process,” said Candace Campen, director of community affairs for state Rep. Karla Drenner. Campen made the comments at the second annual Atlanta event to honor International Day Against Homophobia on May 17.

Campen, who is also Drenner’s partner, went on to explain at the event held at Unity Fellowship Church that Drenner, who could not attend because she was teaching a class a DeVry, works hard on both sides of the aisle to build coalitions.

In the waning days of the last state legislative session, Drenner introduced the Georgia Fair Employment Practices Bill, HB 630. The bill currently has 70 sponsors and cosponsors, including 12 Republicans and one Independent, according to Georgia Equality. It would cover Georgia’s 174,000 state employees. Currently 21 states bar job discrimination against state employees based on sexual orientation, while 12 also ban job bias against state employees based on gender identity, Georgia Equality noted. 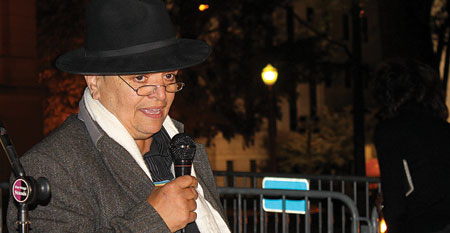 Betty Couvertier, 63, has been part of Atlanta’s lesbian, gay, bisexual and transgender activist scene since the mid-1990s when she moved here from Brooklyn.

Couvertier is the host of “Alternative Perspectives,” an LGBT radio show that airs Tuesdays from 7-8 p.m. on the community-owned and operated station WRFG 89.3 FM. She also organized the state’s first International Day Against Homophobia last year. The second IDAHO event is slated for May 17 at Unity Fellowship Church.

What kind of jobs have you held in the past?

I was a New York City correction officer and retired early and have been able to explore many things, from bartending, to event organizing, line cook, managing restaurants, raising children and a DIYer (do it yourself).

Why did you start ‘Alternative Perspectives,’ which debuted in 2006?

“Alternative Perspectives” started from a notion that our news was important news and that our voices together could get a message out to the public — to the folks that we work with, play with, shop with, live next to, go to school with.

Listen in on some ‘Alternative Perspectives’

The silence must be stopped