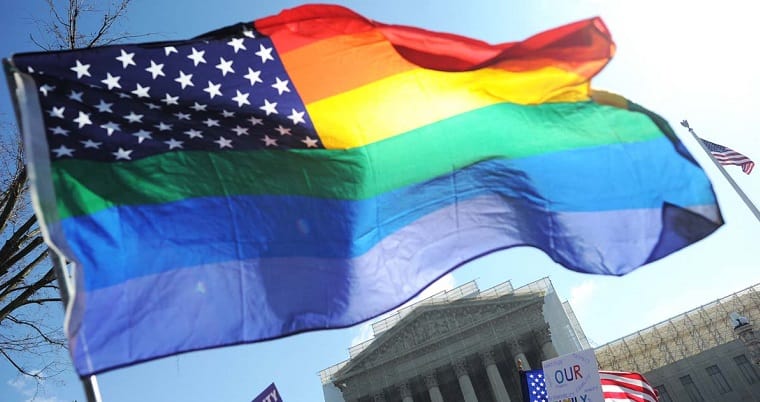 Patrick Saunders
5 LGBT Things
April 7, 2014 0
1. The U.S. Supreme Court announced this morning that they will not hear a case in New Mexico where a...

A federal court of appeals will hear two hours of oral arguments today regarding California’s Proposition 8, the state constitutional ban on same-sex marriage, according to the Associated Press.

Judge Vaughn R. Walker ruled in August that Prop 8 violated the constitutional rights of gay Californians, but a three-judge panel of the Ninth Circuit Court of Appeals ruled Aug. 16 that gay marriages cannot resume in California until after the court hears an appeal from the groups who fought to uphold Prop 8.

“[T]he exclusion [of same-sex couples from marriage] exists as an artifact of a time when the genders were seen as having distinct roles in society and in marriage,” wrote Walker in August. “That time has passed.”

The case has since been appealed, though Attorney General Jerry Brown and Gov. Arnold Schwarzenegger refused to defend the case. Supporters of Prop 8 have had to hire legal representation to defend the measure.

What does it mean to be ‘Gay in America’?

The Associated Press interviewed 10 gay and lesbian people from around the country to create an interactive snapshot of the issues we face.

The Georgia Voice Editors
Your Voice
April 1, 2010 0
50 – Percent of Americans who would support an openly gay president 70 – Minimum age at which most LGBT...