I’m not one to make New Year’s resolutions. I believe after months of rushing to countless parties, along with taking in the countless calories, it is natural to want to spend the next few months taking it easy, eating healthy, and working out.

However, some big announcement that your intention for 2013 is to have the perfect body and live a balanced life is self-defeating, since a resolution is nothing more than an attempt to magically get motivated for something you have never been able to do before.

But this year is different. I have a resolution I plan to fulfill. And it has nothing to do with food, weight, or leisure. It’s about cats.

The election is finally behind us, and many are left with empty chunks of time. Those hours that had been dedicated to checking polls, watching speeches and arguing with your friends and family about who had the best debate performance have come to a merciful end.

We have all woken up with a serious political hangover and now we need to find our keys and start driving home to the real world.

I recently watched an interview with David McCullough, the author of Pulitzer-winning books on American political figures like John Adams and Harry Truman. He pointed out that despite the record amount of money spent on this election, there was really nothing of substance presented that would stand the test of time. 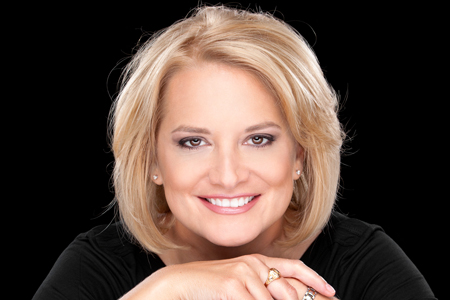 Melissa Carter, the beloved radio personality from Q100's Bert Show, has a new gig — and it's back on the air.

Excited that my permanent shift on All News 106.7 begins tomorrow! I will now be on from 3p-7p, and hope you will check it out while out or on your way home from work.

Excited my permanent afternoon shift on @allnews1067 begins tomorrow! Hope you will check it out while out or on your way home from work.

Melissa Carter’s That’s What She Said

'My mother is going blind, but her artistic vision remains'

Many who have never attended the convention see it as just freaks and geeks who like to dress up in elaborate costumes for a weekend. This may be partially true, but Dragon*Con happened to be where I realized something about myself that I had never known before: I have a reading disorder.

Besides parades and parties, Dragon*Con offers a large variety of sessions on everything from costume design to how to conduct a successful ghost hunt. Last year, I attended a session on graphic novels that included a panel of guests.

One speaker was a librarian who expressed his frustration at the difficulty he had in convincing schools and libraries to take graphic novels seriously. He credited these books with saving his education. As a child he had suffered from a learning disorder and the only books he could read growing up were graphic novels.